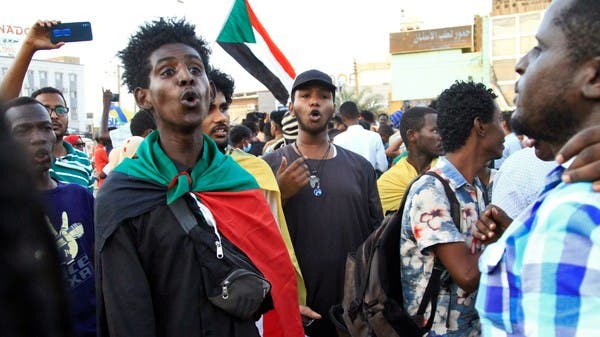 The trial of four Sudanese protesters accused of killing a policeman earlier this year opened in Khartoum on Sunday, amid anti-military protesters and a heavy police presence.

The four men, accused of fatally stabbing a police brigadier general in January, were seen by a Reuters witness entering the Khartoum courtroom, raising their fists and waving victory signs.

The four men, who have become emblems of the anti-military protest movement, deny the accusations.

The men’s families and the lawyers representing them have accused authorities of torturing at least one of the men, known by his nickname Tupac.

Lawyer Abdelazim Hassan, who is part of the legal team representing the men, said the judge handling the case ordered the men to undergo a medical examination.

Outside the courtroom, protesters chanted: ‘Tupac is not a killer’ and ‘Burhan is a killer’, referring to General Abdel Fattah al-Burhan who led a coup in October.

The coup ended a two-year power-sharing agreement between military and civilian groups following the ousting of Omar al-Bashir. Since then, there have been weekly mass protests against the coup.

Two protesters were killed by security forces on Saturday during protests in the al-Kalakla neighborhood on the outskirts of Khartoum, medics said, bringing the death toll in the protests to 98.

One dead in anti-coup protests in Sudan: doctors