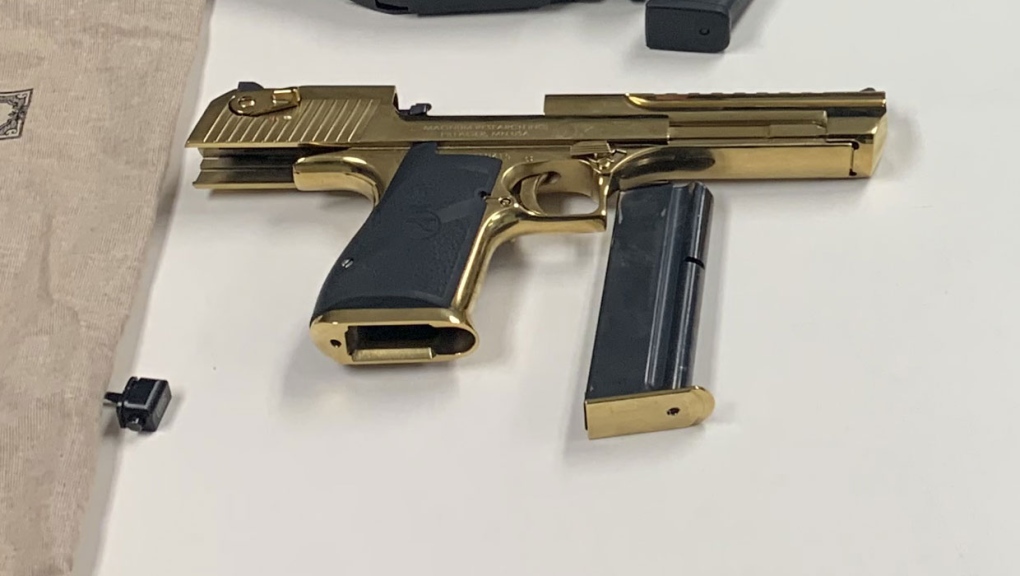 In Strathmore, Alta. The man faces multiple charges after police say he broke into a shooting club and stored and stole several firearms, including a gold-plated handgun.

Strathmore RCMP say they have been notified by the Redcliff detachment to assist in an investigation into a break and enter that occurred in Dunmore on May 5.

Officials say a stolen vehicle was used to gain access to a shooting club and gun store in the community, located about 300 kilometers southeast of Calgary.

Several firearms, including what police call a restricted rifle, along with cash and ammunition were taken during the incident

Police now say a 21-year-old man from Strathmore is charged in connection with the robberies.

Josh Munroe was arrested May 12 in Strathmore and a search warrant was executed at a house in the 300 block of Highland Circle.

Inside, police found a number of items related to the break-in, including drugs, cash and ammunition.

Police say a backpack, which Munroe attempted to throw away before his arrest, contained three handguns, a restricted rifle, a large amount of cocaine, ammunition and more than $8,000 in cash.

He was taken into custody and charged with:

Strathmore RCMP say the quick identification of Munroe helped them make an arrest before more crimes could be committed.

Officials say the RCMP investigation of Redcliff is continuing, there may be further charges.