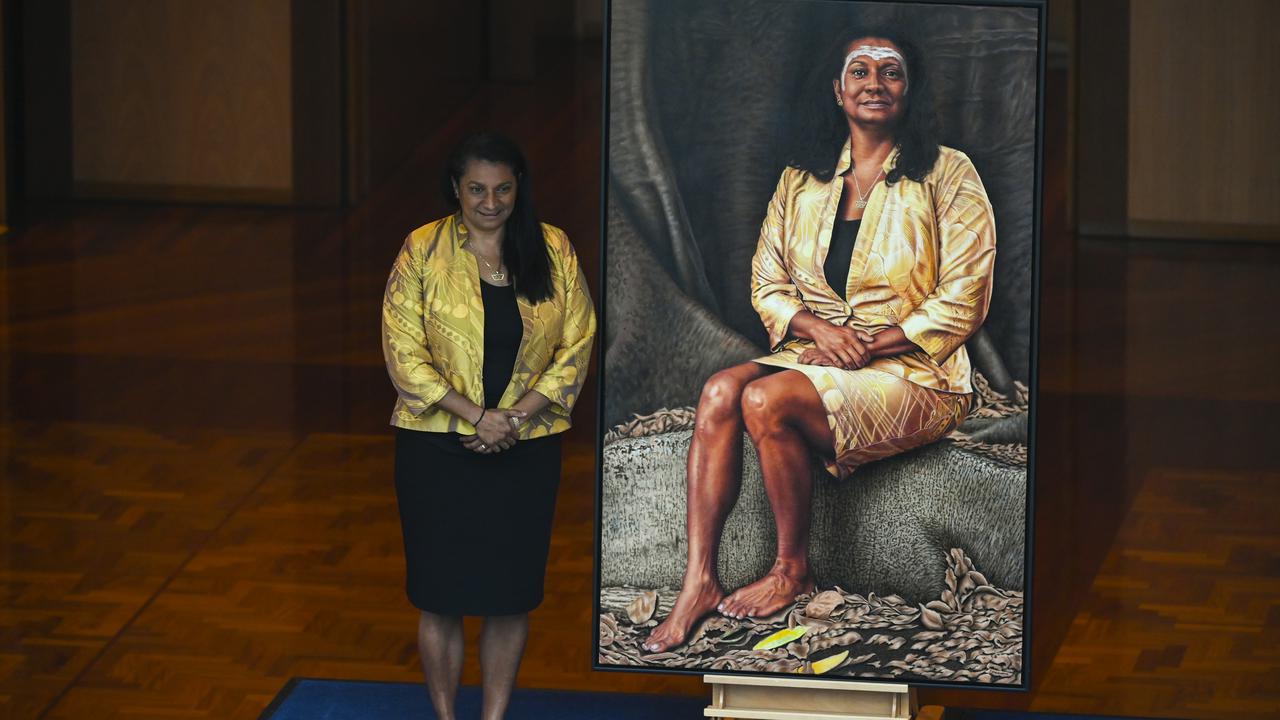 The Parliament House Yeribee Indigenous Experiences Tour tells a small part of Australia’s political history and the creators say it will be ever-changing.

When people begin their tour of Indigenous experiences in Parliament, they are greeted with four portraits of some of the earliest Indigenous representatives.

For Chris Kennedy, Parliament’s Director of Visitor Engagement, talking about the portraits of Neville Bonner, Nova Peris, Linda Burney and Ken Wyatt helps reflect on the important symbolism of their presence in Canberra.

“We tell a very, very small part of Indigenous Australia as well as in parliament, mostly through works of art,” he said.

The tour was created three years ago and Mr. Kennedy expects it to constantly evolve.

There is currently a pop-up exhibition called “After Mabo” with pieces presented by Boneta-Marie Mabo, the granddaughter of famous Torres Strait Islander activist Eddie Mabo.

“There will be new pieces coming (to Yeribee’s tour) as this story changes over time,” Kennedy said.

“It hasn’t always been so apparent or so visible.”

The Yeribee Indigenous Experiences Tour showcases rich parts of Australia’s history, such as the Yirrkala Bark Petitions – the first formal assertion of Indigenous title; the Barunga Statement – ​​painted artwork presented to Bob Hawke that included a call for self-determination; and as well as Kevin Rudd’s apology to the Stolen Generation.

“Our audiences are always intrigued to discover such an interesting history in the building and it’s often something they may not have been aware of,” Kennedy said.