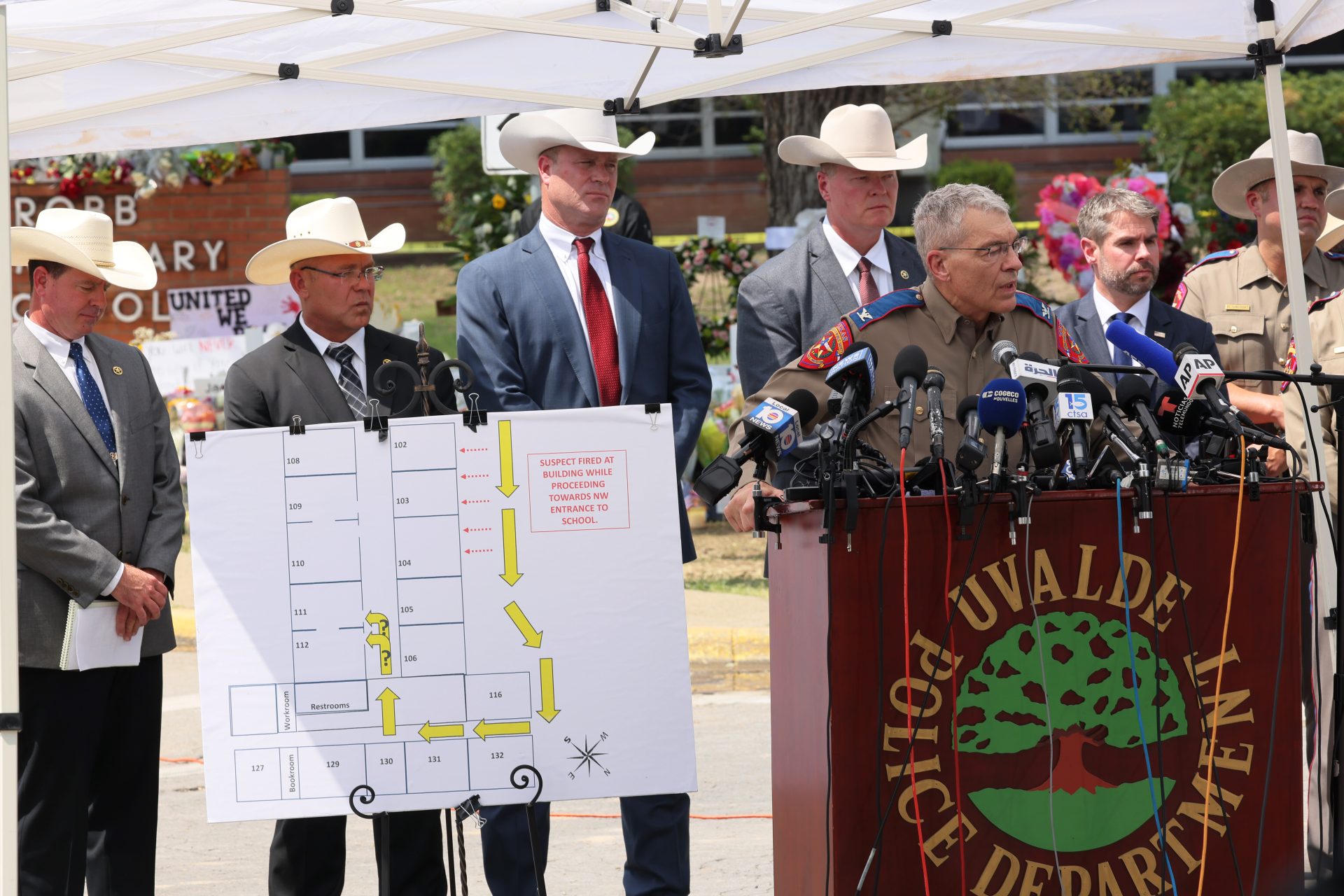 As more details and questions about the elementary school shooting that took place earlier this week come to light, the Texas Department of Public Safety is sharing a more detailed timeline explaining how things unfolded.

The timeline covers when the shooter arrived at school, what happened inside the school after he arrived, multiple phone calls made by students, when the suspect was killed by officers and when the children were moved out of school.

According to New York Times, the timeline provided by Steven McCraw, the director of the Texas Department of Public Safety, shows video evidence revealing that the door through which the shooter entered was held open by a teacher at 11:27 a.m. and the shooter’s vehicle crashed near that of the school. minute later. Two men who were at the funeral home across the street encountered the shooter after the crash, the shooter fired at them but missed.

The shooter was on the school premises at 11:31 a.m. and began shooting. He entered the school two minutes later at 11:33 a.m. Police entered the school at 11:35 a.m. As gunshots go off constantly, at least six phones were made in the incident, according to the department’s schedule.

The suspect was reportedly killed by officers at 12:50 p.m., and officers could be heard leading the children out of the classroom a minute later at 12:51 p.m.

Check out the detailed timeline below:

McCraw acknowledged that the officers could have entered the classroom earlier and told a press conference,

“Looking back, where I’m sitting now, of course, it wasn’t the right decision. It was the wrong decision, period. There is no excuse for this.

Based on the timeline provided, the entire incident took place over approximately 84 minutes, or almost an hour and a half.

As previously reported, the person charged with carrying out the mass shooting is 18-year-old Salvador Ramos. Before arriving at the school and killing 19 students and two teachers, Ramos shot his grandmother in her home.

We will continue to update you as further details become available.