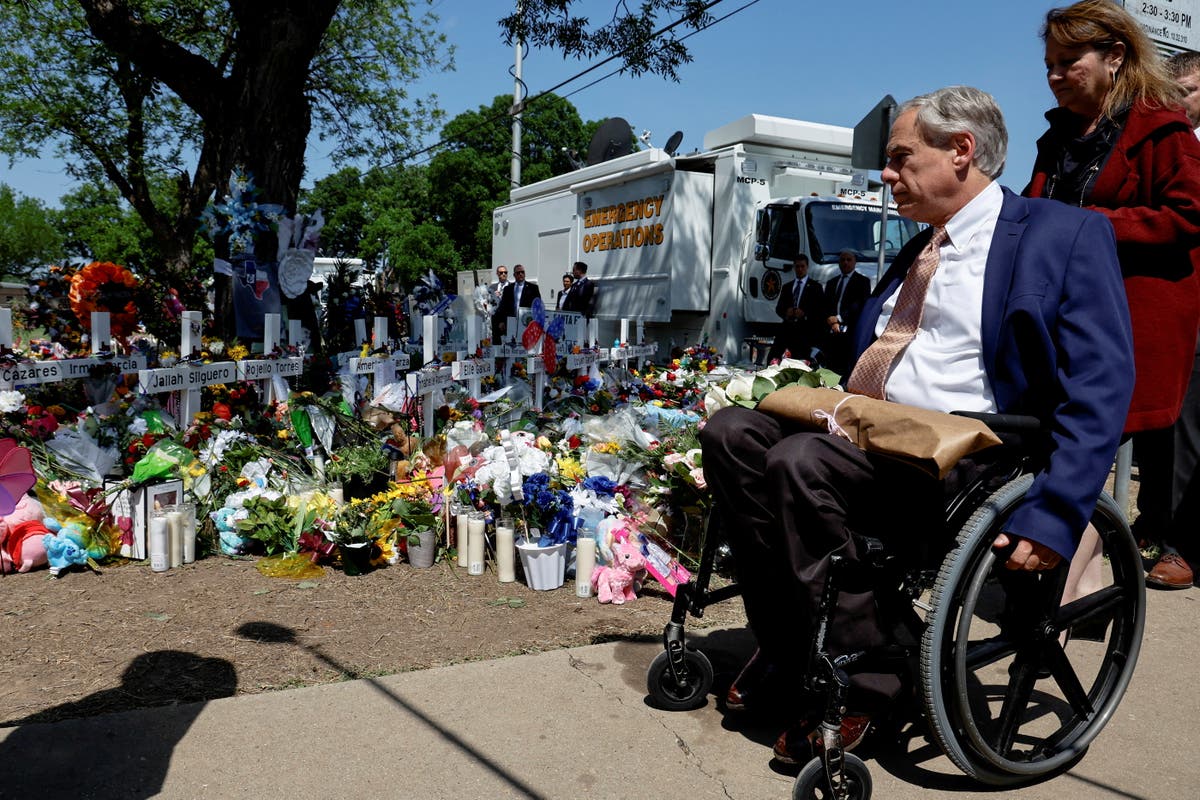 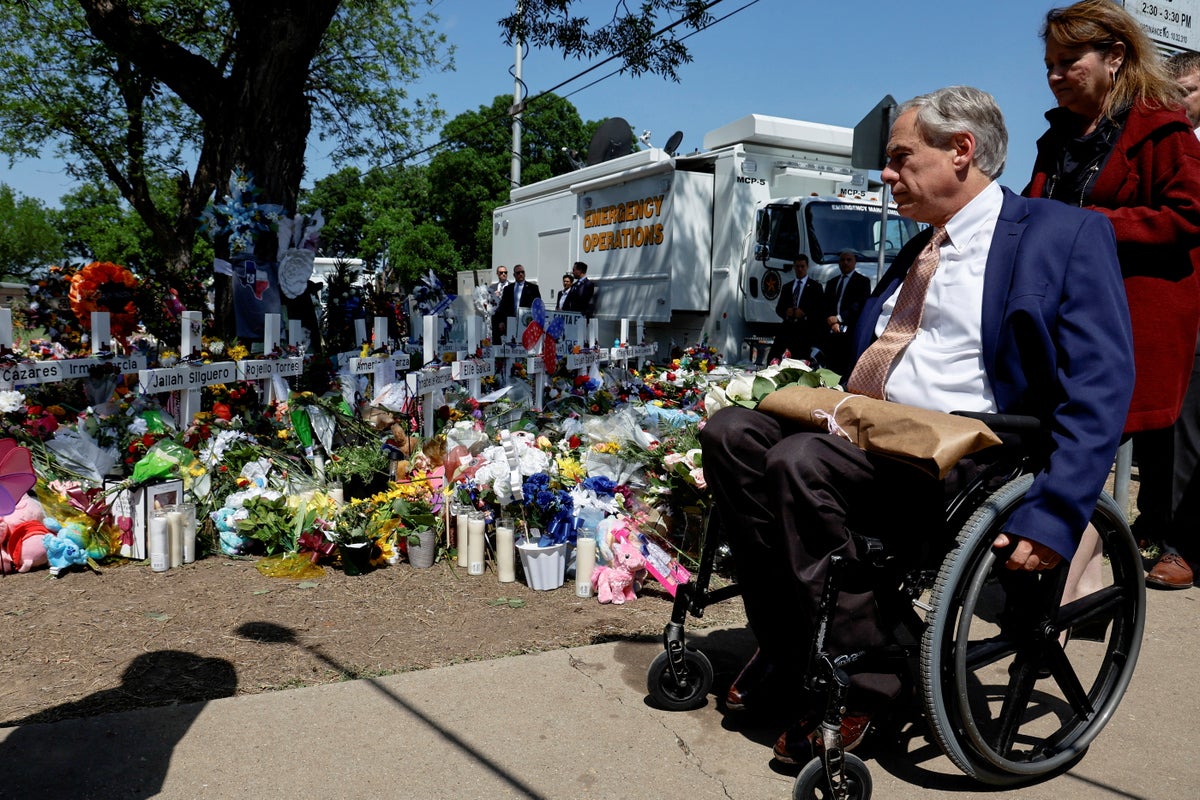 Texas Governor Greg Abbott faced a jeering crowd on Sunday as he toured the site of the shooting in Uvalde.

Last Tuesday, 21 people, including 19 children, were killed at Robb Elementary School after Salvador Ramos, 18, carried out a shooting.

The governor and his fellow Republicans have come under fire in the aftermath of the shooting for the state’s gun laws, which make guns more readily available.

As soon as the Governor arrived and walked past the memorial that had been erected for the victims of the shooting, several people in the crowd started jeering and booing him.

A man could be heard shouting, “We need change, Governor.

“Our children are constantly attacked in this community. We need help.”

Another voice in the crowd could be heard shouting “shame on you, Abbott”, according to Reuters.

At a press conference on Friday, Mr Abbott said earlier statements he had made about law enforcement’s quick response to the massacre were untrue, but he had just repeated what he had been told. had said.

His admission came hours after a senior Texas police official admitted Uvalde’s officers made the ‘wrong decision’ while waiting outside the classroom which was the site of the shooting. rather than attacking it.

“Law enforcement will earn the public’s trust by ensuring they thoroughly and thoroughly investigate exactly what happened,” Abbott said on Friday.

On Wednesday, the day after the attack, Mr Abbott claimed police had prevented an even worse tragedy with their “quick response” and praised their actions.

Texas has seen eight mass shootings in the past 13 years as gun laws have been relaxed in the state, the Texas Grandstand.

The state expanded gun laws until September of last year and passed laws allowing more people to own handguns.

The most recent law allows gun owners to openly carry a handgun without going through the requirements of needing a license, background check or any training.