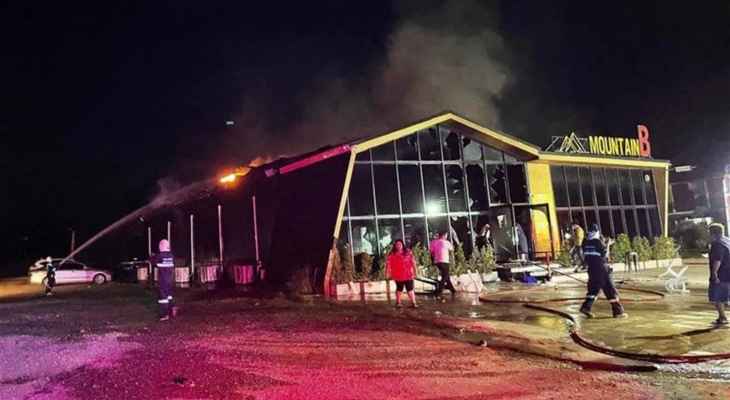 Fifteen people were killed in a fire at a nightclub in the tourist city of Pattaya, in eastern Thailand, a humanitarian organization announced on Saturday.

The fire broke out on Thursday evening, Friday, at the “Mounten Bay” nightclub near the tourist area of ​​Pattaya, about 180 km from the capital, Bangkok.

A man succumbed to his injuries, bringing the death toll to 15, including 11 men and four women, according to the local organization “Swang Rojanathmasatan” on Saturday.
The accident also injured around 40 people, including more than a dozen seriously injured.

The majority of the victims are between 17 and 49 years old, and they are probably Thais. Their bodies were found near the entrance to the nightclub and in the nursing home, with serious injuries, according to the same source.

The paramedics revealed in a statement that the layer that covered the walls in order to isolate the noise inside the club from the outside contributed to the spread of the fire and complicated the work of the firefighters.

Police are investigating on reports that the doors to the club were sealed when the fire broke out.