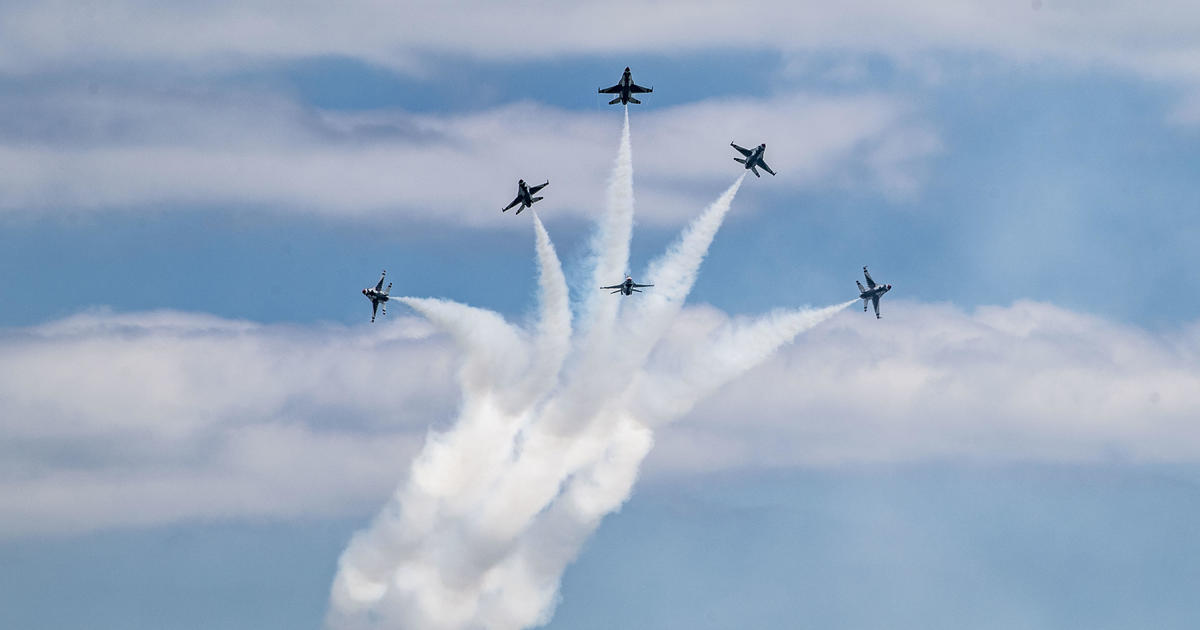 It’s been a tough few years for the air show, weather-wise, but Sunday was perfect, CBS2’s Christina Fan reported.

Storms late Saturday and finally canceled the representations. First, fog was a factor. Then heavy rain and lightning.

Long Island’s iconic event attracts up to 300,000 spectators who were wowed by pilots soaring, tumbling and diving above Jones Beach.

This year’s performers include the U.S. Army Golden Knights and the The U.S. Navy’s Elite Blue Angelsheadlining for the first time in three years.

Viewers have said the show is a great way to honor veterans, service members and those who have fallen.

“We love everything. I love the skydivers when they come down and also all the other stunt pilots. They’re great,” Joan Dearborn said. “The memory of veterans is the main objective.”

The beaches were packed with participants who showed up early for a spot.

“I knew it would be crowded because yesterday it was raining, so I said, okay, let’s get there early. My kids are used to getting up early because I was bringing them here at 7 p.m. morning. , so they knew, okay, let’s go,” said Jamillah Sills of Amityville. “It’s really meaningful to know that other people have fought and lost their lives for us.”

Christina Fan joined CBS2 News as a general assignment reporter in the spring of 2019.