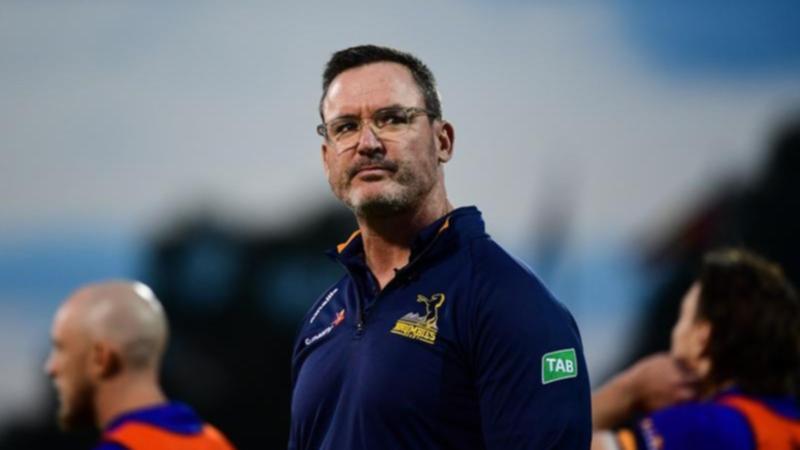 The Brumbies host Wellington’s men in Week 1 of the playoffs on Saturday night, determined to extend McKellar’s tenure as long as possible.

McKellar is moving to a full-time role with the Wallabies with former manager Stephen Larkham returning to Canberra next season.

Young lock Tom Hooper, who hopes to return from injury against the Hurricanes, said the team wanted to show McKellar their appreciation.

“All the boys owe Dan a lot and we’re going to show him our appreciation by really committing over the next three weeks,” Hooper said of McKellar, who has been coaching since 2018.

“He’s a great coach and he deserves it.”

Hooper said the team was disappointed with its recent three-game losing streak after a strong start to the season.

Their final round defeat by lowly Moana Pasifika, which followed a two-point loss to the ladder-topping Blues as they also fell to the Crusaders.

“Moana definitely showed up, playing his last game of the season and playing for his skipper (Christian Lealiifano) in his 150th.

“We have to be better next week and we will be.”

Hooper, who announced a two-year contract extension on Monday, said he was looking to make a fresh start in the final.

They are hoping to bring powerful flanker Rob Valetini back into the roster after missing three weeks with a hamstring injury.

“We have three defeats in a row, but the football in the final is completely different,” said the 21-year-old.

“We will probably have to play New Zealand teams from now on and playing the Hurricanes is the first challenge and the one we are ready for.”