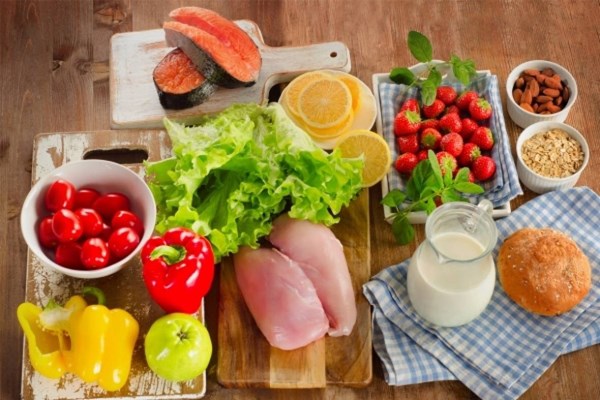 Researchers have unveiled a diet they call the “longevity diet” that they say gave us a chance of living to 100 years.
The revelation of this diet came after experts from the University of Southern California in the United States reviewed hundreds of nutrition studies over the past decade in their quest to find the diet that “offers the better chances of living a longer and healthier life”, according to the newspaper’s website “Daily Mail”. .

Legumes and whole grains
Legumes, whole grains, and vegetables are an essential part of this diet, along with plenty of nuts and olive oil.
Certain fish are authorized and the consumption of chicken must remain “very low”. But the new diet requires completely cutting out red or processed meat, as well as cutting back on sugar and refined grains, such as white bread, pastries and cereals.

intermittent fasting
The creators of this system also recommend fasting every day, saying everything should be eaten within 12 hours.
However, the academics behind this study did not specify exactly how much food a person should eat.

delay aging
The researchers said following the diet can “delay aging” and reduce the risk of age-related diseases, including diabetes and cancer.
“It’s not about dietary restriction just for weight loss,” but rather to slow aging and “help avoid disease and maintain health in old age,” explained the lead author of the research, Dr. Walter Longo, an expert in gerontology and biology. .

Mix different diets and diets
The study included common diets such as the “calorie restriction” diet and the high-fat, low-carb keto diet.
The study also looked at the favorite ‘Mediterranean diet’ of celebrities as well as the ‘vegetarian diet’.
As well as looking at different types of eating habits, including intermittent fasting, which is frequent, short-term fasting.
The researchers compared these diets to the age data of those who followed them.
According to their findings, an ideal diet would include a moderate to high intake of carbohydrates, which make up about half of a person’s daily calories.
It may also include a “low but adequate” amount of protein mostly from plant sources, which is about one-tenth of the diet. A third of its calories should come from vegetable fats.
The researchers added that people who follow this diet will only eat small amounts of sugar and refined grains.
The Longevity Diet also states that people should eat enough food per day within an 11-12 hour window. And every three to four months, people at risk of disease fast for five days.
Researchers said periods of fasting increased autophagy, which is the body’s way of getting rid of damaged cells, and enabling cell turnover in body tissues. This results in improved metabolic function, which is the rate at which the body burns calories. It can delay immune tropism, which is the decline in immune function that accompanies age.
The study states that “regulating this longevity-promoting diet may delay aging and reduce risk factors and/or the development of age-related diseases, including diabetes, cancer, cardiovascular disease and neurodegenerative diseases”.
The researchers explained that this diet is similar to the Mediterranean-style diet, which is largely plant-based.
The team said these diets are followed in places where there is an aging community where there are “large numbers” of people aged 100 or over, such as Sardinia in Italy, Okinawa in Japan and Loma Linda. in California.
However, the “Long Term Diet” is an “evolution” of these diets by limiting meal times and recommending fasting.
The team now plans to conduct a trial in 500 people to further study the diet.
But the team say the diet cannot be recommended for everyone and must take into account age, health status and genetics, as people over 65 may need more. of protein “to counteract weakness and lose body mass”.