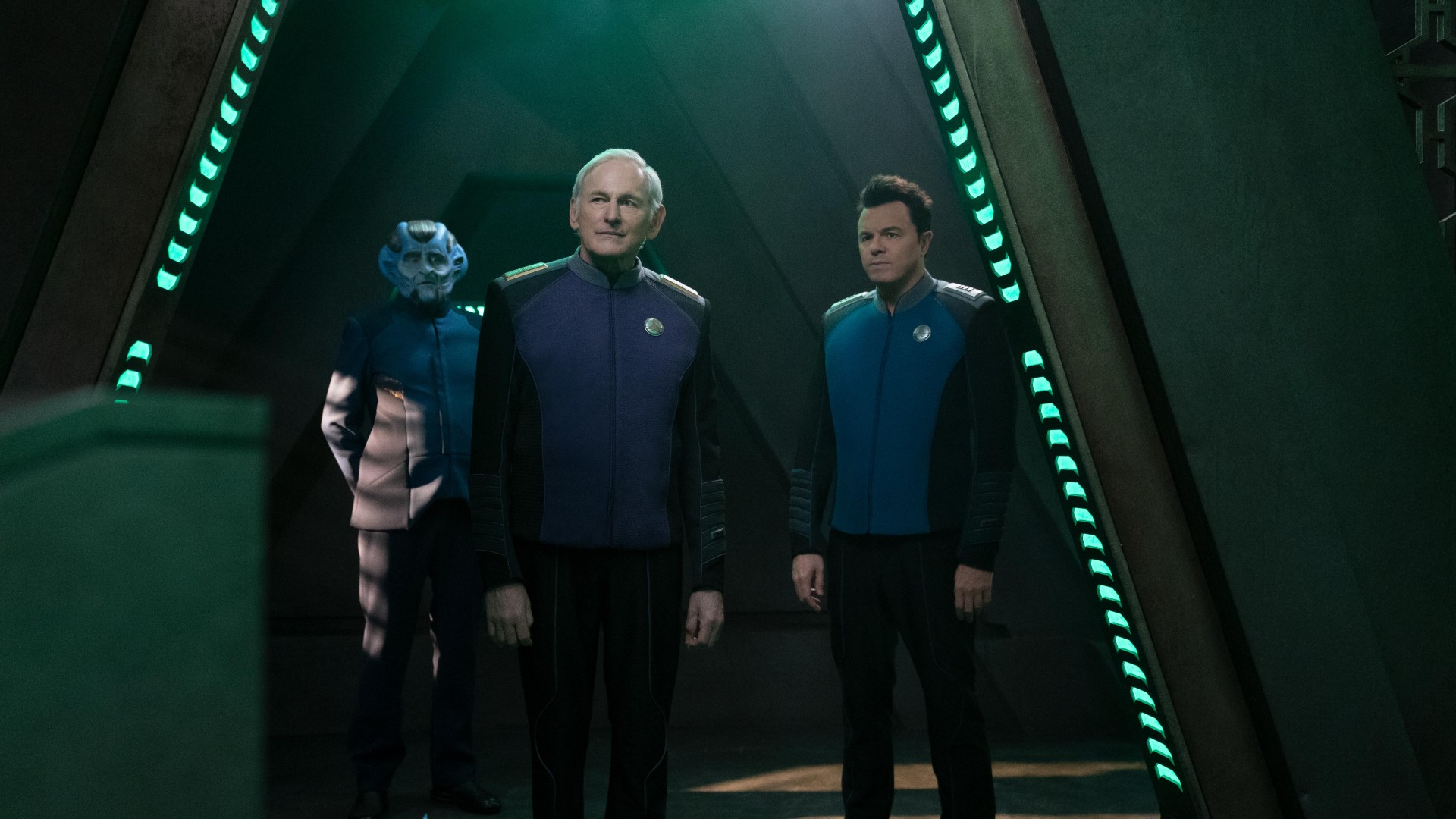 The central conflict comes when Coran starts losing the election, which he thought was a sure thing, no doubt reinforcing the parallel to a recent US presidential vote. What is worse is that the results of the Krill election have far-reaching implications in the Orville-universe. If Teleya wins, it’s not just bad news for the Krill, but without our hero’s supreme ally in a position of power, the treaty between the Union and the Krill is pretty much dead. This draft treaty was a major element Orville revelation since the end of Season 2, and would change the dynamics of the entire galaxy.

As mentioned, the intent behind this episode is certainly admirable. The lesson behind recent events in elections around the world and the terrifying prospect of losing the democracies for which many sovereign nations have worked deserve our attention. Yet some of the major beats that are clearly intended to convey this subtext certainly lack subtlety. One scene in particular, after Mercer is briefed by Admiral Halsey (Victor Garber) on Teleya’s populist rise to power, is extremely awkward.

As Mercer and Commander Grayson (Adrianne Palicki) discuss the absolute debacle that is the Krill political system, they apparently only speak in t-shirt worthy idioms. Phrases such as “rhetoric and fire” or “emotions can be more persuasive than thoughts” may sound true, but they ring strong. A little too strong. They seem more worthy of your aunt’s Facebook banner rather than an otherwise well-crafted episode.

The second half of the episode is almost perfectly balanced and often quite exciting. Even as the Union delegation approached the surface of Krill (before the coup), the scope of the episode is obvious and epic. The musical score swells to John Williamsian proportions, while Krill’s homeworld itself has an eerie dark beauty, reminiscent of blade runner. Seeing the capital of Dalakos was an amazing way to build The Orville universe, and gave the episode a broader cinematic feel than television can often offer.

The major events of the episode also expanded the universe in earth-shattering ways. After Chancellor Koran was publicly executed just moments after allegedly losing the election, it appeared the same fate was to befall the Union delegation. Before that, however, Mercer and Teleya had a cold heart-to-heart, discussing their complicated love-hate relationship. There were a few subtleties, but ultimately, audiences had to know they would never see eye to eye. With Teleya’s heart still filled with so much anger over past events, the treaty would never be signed, which leaves the delegation and the Orville in orbit, in real danger.

Suddenly and mysteriously, Mercer is taken out of prison by two guards without any explanation. When they sneak through the streets of Dalakos as the Krill version of the rats, inexplicably again, Mercer is just as suddenly taken by a small faction of armed Krill. The guards who took him out are killed in the street, and he is taken to a small underground building. There, a small faction that opposes Teleya reveals to Mercer that he and Teleya have a daughter; an adorable half-human half-human Krill named Anaya. Teleya has taken care of the girl, but never visits her, fearing the child will tarnish her image in the eyes of her enraged followers.