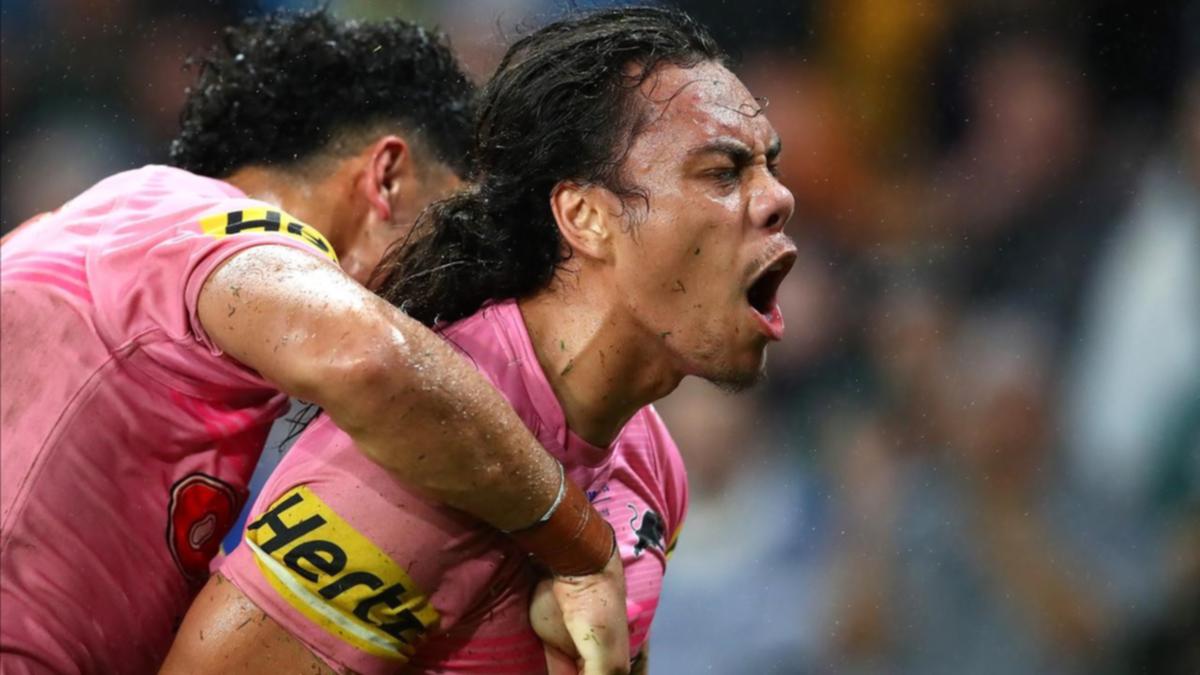 Penrith rose to the top of the Premiership table after brushing aside Melbourne in a 32-6 NRL Magic Round win.

In front of 46,454 fans at Suncorp Stadium in Brisbane, Penrith never gave up after taking a two-try lead in the first quarter of an hour.

Melbourne was seriously lacking in power and it showed when the Panthers scored their biggest victory against the Storm.

It was the first time the two sides had faced each other since last year’s preliminary final on the same ground when the Storm were also dominated.

The Panthers were ruthless when it came to capitalizing on Melbourne’s mistakes.

And there was immediate concern that the Storm could lose another of their star spine limbs in the first set of the game.

Harry Grant stood up groggy after taking a nasty blow as he tried to tackle James Fisher-Harris.

Grant was given the go-ahead to play, but it was those who left reserve rank who gave the Panthers an early lead.

The Panthers sensed a vulnerability in Melbourne’s right edge defense that contained halfback Cooper Johns and Marion Seve in the center for their first games of the season.

Izack Tago drove through a big hole left by Seve for the Panthers’ first try before Viliame Kikau blasted past Storm’s cross to add Penrith’s second after 10 minutes.

Melbourne rallied with a well-weighted kick from fifth-eighth Cameron Munster that was easily recovered for Nick Meaney to score, but it was the Storm’s only try of the night.

Cleary responded by adding a penalty for the Panthers, then targeted another substitute, this time fullback Tyran Wishart, with one of his aerial bombs.

Wishart dropped the ball under pressure from Kikau and Tago touched down to give the Panthers a 20-6 halftime lead.

Melbourne held Penrith at bay for the first 15 minutes of the second half, but the pressure came on when Kikau ran past Johns and the Fijian great unloaded on Jarome Luai to score.

Stephen Crichton added another for Penrith, as coach Ivan Cleary watched from the sofa.

Cleary has not been cleared to travel after undergoing knee surgery but will likely be back on deck for next week’s game against the Sydney Roosters.