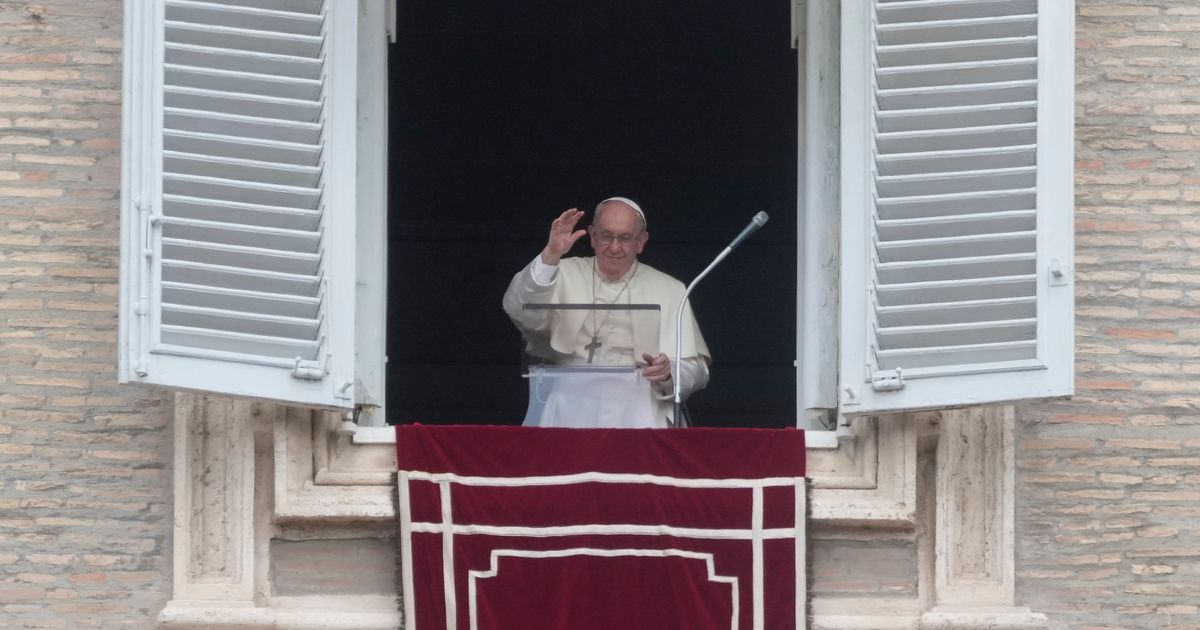 VATICAN CITY (AP) — Pope Francis named 21 new cardinals on Sunday, most of them from continents other than Europe — who have dominated the Catholic hierarchy for most of the Church’s history — and further putting his mark on the group of people who may one day elect the next pontiff.

Sixteen of those who will receive Francis’ prestigious red cardinal’s hat at a Vatican consistory ceremony on August 27 are under 80 and would therefore be eligible to vote for his successor if a conclave – in which pontiffs are secretly elected – was to be held.

Francis read the names of his picks after delivering the traditional Sunday speeches from an open window of the Apostolic Palace to the public in St. Peter’s Square.

Among those who will be approached by the pontiff to receive the prestigious red hat, there will be two prelates from India and one from Ghana, Nigeria, Singapore, East Timor, Paraguay and Brazil, in accordance with the determination of Francis to ensure that church leaders reflect the global face. of the Catholic Church.

With church growth largely stagnant or slow at best in much of Europe and North America, the Vatican has been mindful of its flock in developing countries, including Africa, where the number of devotees has increased in recent decades. Only one new cardinal has been appointed in the United States: Robert Walter McElroy, bishop of San Diego, California.

This is the eighth group of cardinals appointed by Francis since he became pontiff in 2013. A significant majority of those eligible to vote in a conclave have been appointed by him, increasing the likelihood that they will choose as their successor someone who shares their papacy. priorities, including attention to people living on the margins of society and environmental crises.

A total of 131 cardinals would be young enough to elect a pope once the new group is included, while the number of cardinals too old to vote will rise to 96.

Pontiffs have traditionally chosen their closest advisers and collaborators in the Vatican from among the ranks of cardinals, who have been dubbed the “princes of the Church”.

Here are the clergymen named by Francis:

In addition to these clerics, also under the age of 80 and eligible to vote in a conclave, three prelates work in the Vatican: Arthur Roche of Great Britain, prefect of the Congregation for Divine Worship and the Discipline of the Sacraments; Lazzaro You Heung-sik of South Korea, prefect of the Congregation for the Clergy; and Fernando Vergez Alzaga of Spain, President of the Pontifical Commission for Vatican City State and President of the Governorate of Vatican City State.

Francis, in his choices, maintained the tradition of appointing those who are too old to vote in a conclave, but whose long decades of devotion to the Catholic Church are honored by conferring the rank of cardinal. In this latest batch of nominations are Jorge Enrique Jimenez Carvajal, Archbishop Emeritus of Cartagena, Colombia; Lucas Van Looy, Archbishop Emeritus of Ghent, Belgium; Arrigo Miglio, Archbishop Emeritus of Cagliari, Sardinia; Reverend Gianfranco Ghirlanda, Jesuit professor of theology; and Fortunato Frezza, Canon of St. Peter’s Basilica.

Presiding over presbytery this summer adds to an already ambitious schedule in the coming months for Francis, who has become accustomed to using a wheelchair or cane recently due to a knee ligament problem. On Saturday, the Vatican released details of the 85-year-old pontiff’s July 2-7 pilgrimage to Congo and South Sudan. He is also due to make a pilgrimage to Canada later in July to apologize in person for abuses committed by churchmen and ecclesiastical institutions against the indigenous peoples of that country.

Almost as important as those chosen to be cardinals are those who were not chosen, despite positions that in the past would have traditionally earned them the red hat.

In Francis’ selection on Sunday, he passed the prominent Archbishop of San Francisco, Salvatore Cordileone. Earlier this month, Cordileone said he would no longer allow US House Speaker Nancy Pelosi to receive communion because of her support for abortion rights.

While Francis has not publicly weighed in on the soon-awaited U.S. Supreme Court ruling on abortion rights, in the past he has denounced the political militarization of the Communion.

The new American cardinal, McElroy, has very different opinions from Cordileone. He was among the relatively few U.S. bishops who several years ago called for U.S. church policy to better reflect Francis’ concerns for the world’s poor. He also signed a statement last year expressing his support for LGBTQ youth and speaking out against the bullying they face.