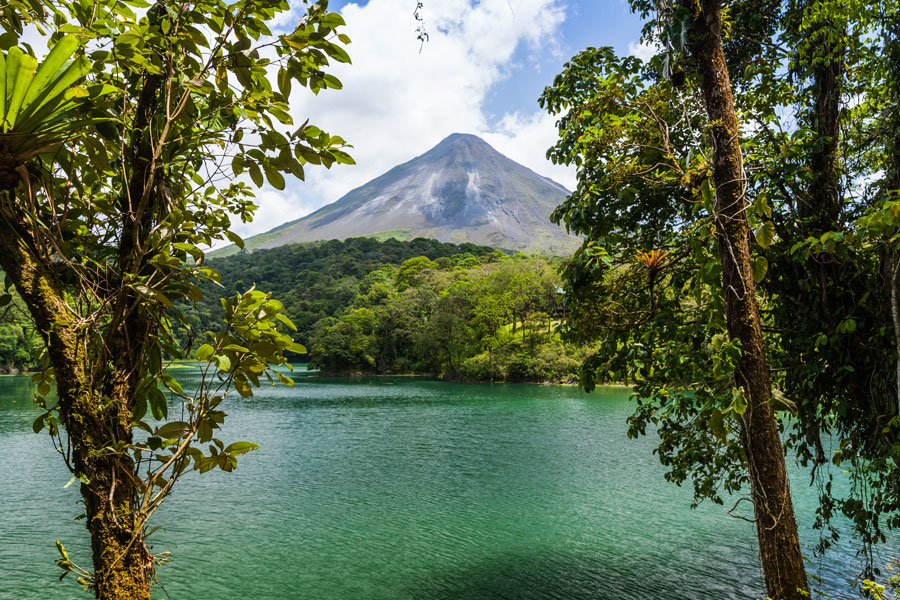 DELRAY BEACH, FL – The definition of “Gringos” is a male person (Gringa for a female), especially an American, who is not Hispanic or Latino. It’s use can either be a term of endearment or a slur, depending on its use.

After an absence of three years of the pandemic and 19 years all told coming to Costa Rica, I returned to the Central American country to conduct some unfinished business etc. After the three year hiatus, the country is still the same with little improvements except the much needed widening of some of the roads to ease the indelible traffic tie ups.

The country is a two-sided coin, one of beauty and one of poverty for many and economic privilege for others. In other words, Costa Rica is a nice place to visit, especially the resorts on the Pacific coast, which are run mostly by American, Canadian and Europeans, but on the other hand, it is not, in my opinion, a great place to withdraw to or to do business in or to live permanently.

For the past 19 years that we have been coming to Costa Rica, we have been trying to sell some beautiful property on the side of a dormant volcano overlooking the Central Valley (a “finca” in Spanish). It has been a nightmare, with all the bureaucratic red tape along with a corrupt, slow moving judicial system and a host of unscrupulous lawyers. Sounds like some of our Democrat run cities, doesn’t it?

Big Tech is using a content filtering system called “NewsGuard” for online censorship. Take a few moments and watch our short video about NewsGuard to learn how they control the narrative for the Bladestream Media and help keep you in the dark. NewsGuard works with news apps and search engines to make it harder for you to find certain content they feel is ‘missing context’ or stories their editors deem “not in your best interest to read” – regardless of whether they are true and/or factually accurate. They also work with large payment processors and ad-networks to cut off revenue streams to publications they rate poorly by their same bias standards. This should be criminal in America. You can bypass this third-world nonsense and help support us by signing up for our featured stories by email and get the good stuff delivered right to your inbox.

Being a “Gringos” in a Latin country automatically puts a big target on your back as an American. The impression being that all Americans are wealthy and should be taken advantage of, mainly financially.

For many years, Costa Rica has been advertised as a great place for Americans to retire to. That might have been true 20 or 30 years ago, but not today. The cost of living has increased a lot during the past few years, so someone on a pension or social security would have a difficult time making ends meet. As an example, the cost of renting a car is a big problem, as the taxes levied and the fees (mostly mandatory insurance) attached are almost the cost of the rental itself. Once you have a car to drive, especially in the capitol city of San Jose and surrounding towns and villages, you have to be a genius to figure out where you are going. Street numbers and signs were just added over the past five years, but it is difficult to see them. Additionally, some of the main roads and streets are in desperate need of repair, potholes galore. Sometimes you have to rely on landmarks like a McDonald’s or a KFC to find out where you have to go.

In contrast to San Jose, most of the resorts along the Pacific and Caribbean coasts are modern and beautiful, with some some areas noted for their surfing and beaches, and unfortunately, for their drug use. Many of the biological areas, which the country is noted for, are intriguing with many different species of animals and fauna, like volcanoes (Arenal volcano) which produce warm thermal water for bathing in. Those areas are a plus for Costa Rica. One mention should be made about the hordes of motor bikers, mostly young males, who drive around cars and trucks with abandon, delivering whatever they have to deliver. Accidents are a pretty common occurrence. You could call them an “Uber-like biker Army”. An interesting note, if you have an accident, you must leave the vehicle where it is at until the police arrive. That means a blocked traffic lane will cause an immediate back up of cars and trucks. Insanity rules.

As I said before, Costa Rica is a two-sided coin. Some ramshackle dwellings and areas along with some high end, ultra modern new shopping malls (which make some of our malls look average by comparison) and office buildings that dot the capitol and surrounding areas. A friendly, trustworthy “Tico” source (Tico being a nickname of a male Costa Rican, Tica for a female), told me much of the money used to build these beautiful, modern structures comes from “laundered” drug money from nearby countries.

On the positive side, Costa Rica has a driving area of ​​medical and dental tourism, with foreigners flocking to the country to get their medical and dental needs taken care of at about one-third the cost of what it costs in the United States. Most of the doctors, dentists, and hospitals are top-notch, with most of the professionals trained in the United States and Europe. The hospitals are equally equipped with all the modern up to date machines and facilities. There’s a reason why so many foreigners come to Costa Rica for their medical and dental needs, they get excellent, competent service at a very affordable price.

On the downside, the country seems to nickel and dime you to death. With oppressive taxes (your restaurant check contains an automatic 13% VAT tax besides a 10% gratuity service charge), also on the rental cars and hotel stays. In addition, private parking charges are an essential necessity as parking space is very limited. Even the malls and hospitals charge you to park your car to use their services, along with the numerous road tolls scattered throughout the country. You need a bag full of coins and bills to pay these added on costs of living in Costa Rica. An big annoyance to say the least.

Up until the present time, the country has mandated that everyone must wear a mask in all public places like malls, public buildings, super markets, banks etc. They might be lifting that order as the pandemic has subsided. Coming from Florida, it was quite annoying to have to comply.