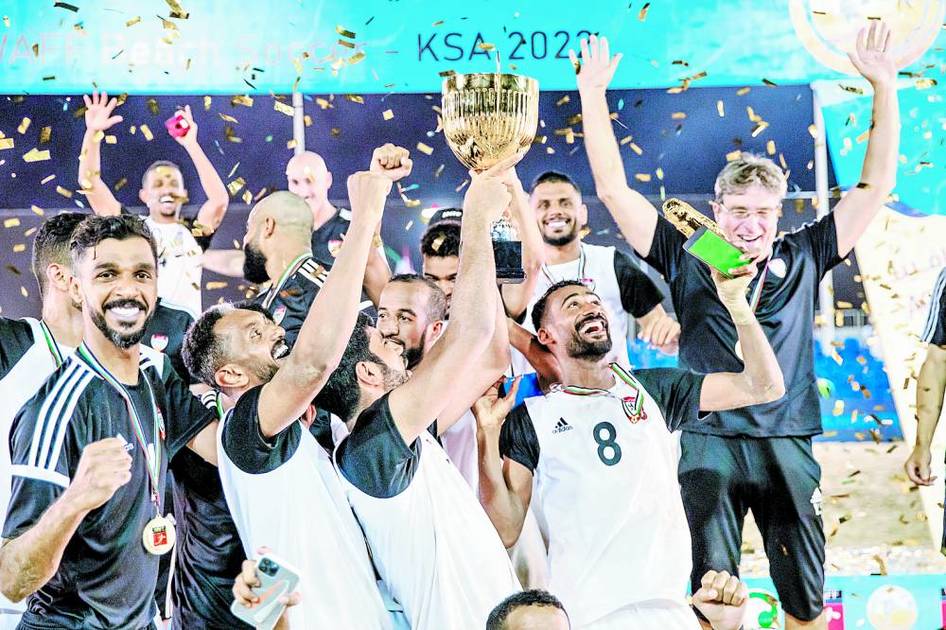 The goals for our national team were scored by Walid Bishr and Hisham Montaser, “two goals”.

Ali Hamad Al-Badwawi, member of the board of directors of the Football Association and president of the beach soccer committee, congratulated the players and the technical and administrative staff of the team for the title of champion, which saw strong competitions among all participating teams, and demonstrated the extent of the game’s development, and underscored the extent of its popularity among countries in West Asia and the Arab world.

Al-Badwawi confirmed that Al-Abyad’s victory in the championship is the culmination of the great support given by the board of directors of the Football Association headed by Sheikh Rashid bin Humaid Al-Nuaimi for the programs and beach soccer competitions, which have produced a number of talented players for our national team, who have won the first regional championship in their first regional and official participation, underlining the development plan for the beach soccer activity continues to preserve the gains and achievements of the current period, and continue the targeted development process within the framework of the 2038 vision and achieve higher stages of development in the coming period.

UAE star Walid Bishr was chosen as the tournament’s best player while Rashid Eid won the top scorer award after his success by scoring 6 goals. He scored 4 goals in the Lebanese team and one in the Kuwait team, and finished his tally of six when he scored against Bahrain in the semi-finals, Oman goalkeeper Younis Al Owaisi won the best goalkeeper award.