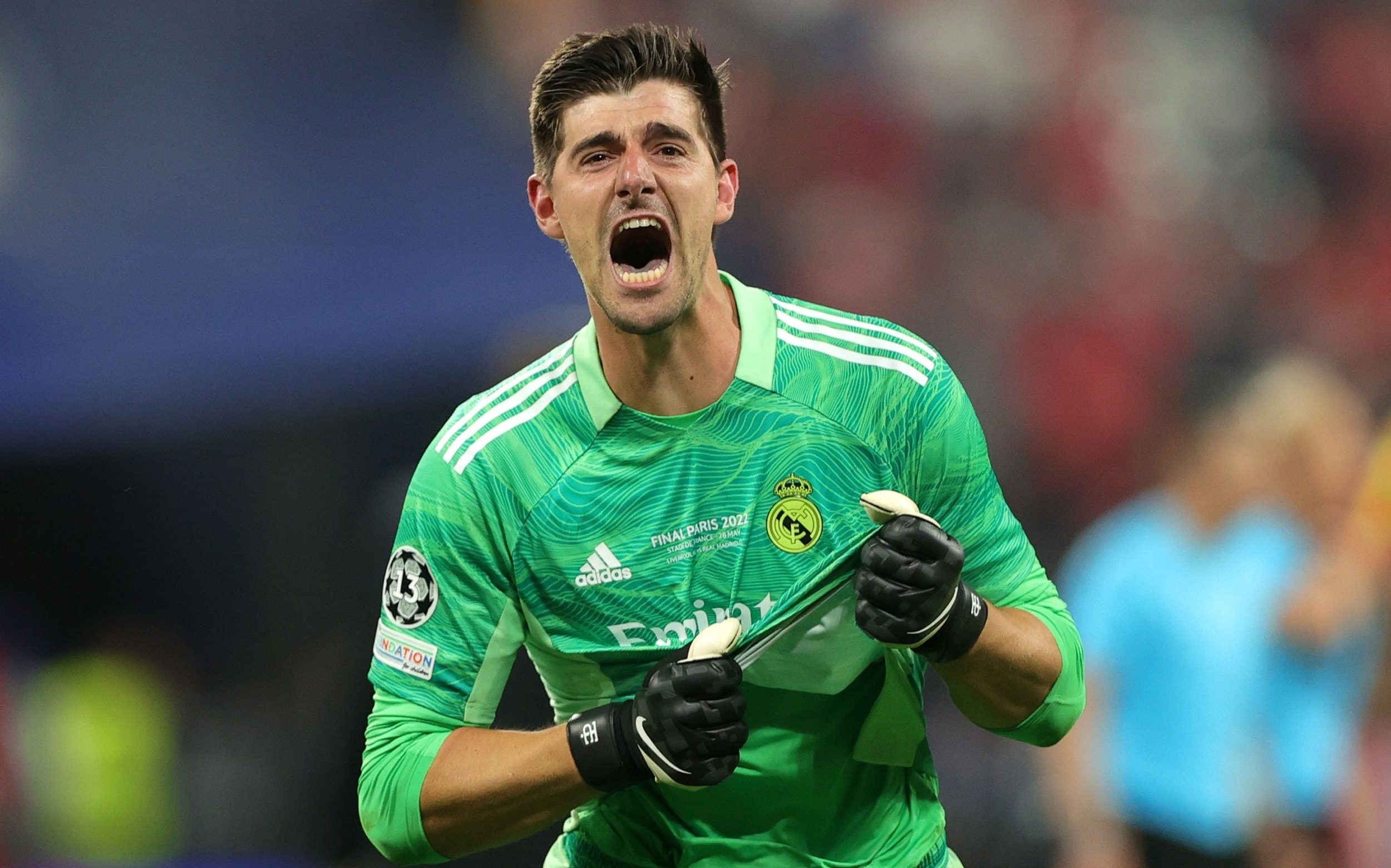 Indeed, the nine saves Courtois made against Liverpool were the most by a goalkeeper in a Champions League final since 2003-04, when Opta began collecting such data. Seven were from shots inside the area and several were of higher quality.

With 59 saves in that extraordinary campaign, in which Real beat Paris Saint-Germain, Chelsea, Manchester City and now Liverpool in the Round of 16 – when they seemed to be outmatched with every draw – Courtois has also set a saves record. achieved in a single leg of the Champions League.

Against this, Real had only four shots against Liverpool. “We played a great game,” Courtois said. “We had a chance and we scored it.” Without a doubt, he made the difference in what he will rightly feel is a defining display for his career.

Of those nine saves against Liverpool, three in particular stood out and prevented Jurgen Klopp’s side from scoring for a third final this season. Against Chelsea in the League Cup and FA Cup finals, they were denied by Edouard Mendy but won on penalties. But in Paris, Courtois remained unbeaten and seemingly unbeatable, meaning Liverpool grew increasingly frantic and seized of chances.

Save one: Tilt Sadio Mane’s shot against the post

It felt like Liverpool were set to score in the first half hour, and at least once, given their dominance and at 20 minutes when Thiago Alcantara made a clever pass to Sadio Mane at the edge of the penalty area, he seemed like the breakthrough would make him come. Mane deftly created space away from Casemiro with a deft touch to his right foot and unbalanced Eder Militao before firing powerfully at Courtois.

However, he used his entire 6ft 7in frame to dive full length to his left and tip the ball over the post. What was almost as impressive – and became a hallmark of his performance – was how quickly he recovered to jump on the rebound before Mohamed Salah could reach him. It looked like Salah would have a tap.