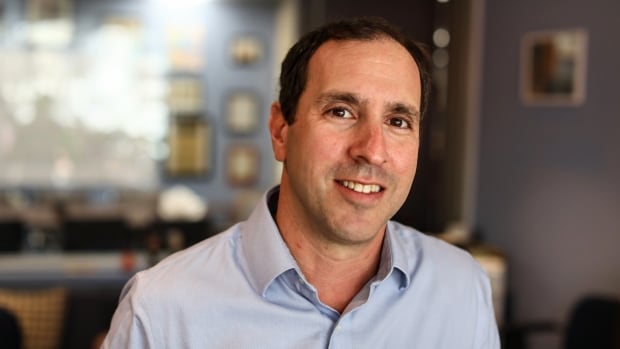 Toronto city council is set to discuss a motion this week to join dozens of other municipalities in calling on the Ontario government to dissolve the main oversight body for urban planning decisions.

County Josh Matlow tabled the motion to replace the Ontario Land Tribunal (OLT) with “a true appeals body” that only holds hearings based on errors in law or procedure.

“They can ignore the decision of an elected council, and they rarely know the context and priorities of their local communities. There’s no equivalent to the OLT in any jurisdiction in North America,” said Matlow, who represents Ward 12, Toronto-St. Paul’s.

“But that’s not the way it’s allowed to work in Ontario.”

Matlow and many other municipal politicians across the province are making the move as they battle an affordable housing crisis, and with a provincial election just two months away. They argue the OLT is unaccountable to elected officials, contributes to delays in development timelines and leaves municipalities at the mercy of developers and residents who don’t agree with local planning decisions.

But some land planners, home builders and housing advocates say while the OLT’s oversight is imperfect, it’s needed to rein in municipal decisions that side with some interests at the expense of the environment, future residents and neighboring cities.

“Concerns around their independence, concerns them being too pro-development — we’re open to seeing how the body can be reformed,” said Bilal Akhtar, a member of More Neighbors Toronto, an organization established in 2021 to push for more housing in the city.

Akhtar and his allies are concerned that residents’ groups in single-family neighborhoods who oppose more density wield too much power at city hall.

“We want a body that can push back against hyper-local interests and can — even if not on paper — center the need for more housing front and centre, which we don’t think municipalities are doing today.”

The movement to dissolve the OLT was spearheaded by Aurora Mayor Tom Mrakas, who tabled a motion with his council’s support in January. Since then, he says 28 municipalities have passed similar motions, with more planning to bring the discussion to their councils.

He’s echoing a similar trend seen in 2016. That’s when Aurora and dozens of other municipalities signed motions calling for the reform of the OLT’s predecessor, the Ontario Municipal Board. For decades, the OMB was notorious for overturning decisions by municipal councils after developers appealed.

The Liberals under then-premier Kathleen Wynne responded by creating the Local Planning Appeals Tribunal, which municipalities said was more balanced. But Premier Doug Ford’s Progressive Conservatives scrapped it and replaced it with the OLT in 2021.

Mrakas says because municipalities make official plans with provincial policy and approvals in mind, there’s no reason why local decisions should be overturned.

“We take that and we interpret that and put in detailed specifics within our [official plan] when we update them,” said Mrakas. “But as soon as the first application comes in, they’re asking for something totally different than what the official plan allows,” he added.

Calls by municipalities for the end of the OLT are once again “missing the point,” according to an email statement from the Building Industry and Land Development Association, which represents residential and non-residential developers in the Greater Toronto Area.

“They are essentially an attempt to undermine the checks and balances that are fundamental to our democratic system and are a diversion from the real matter at hand, which is providing more housing to those looking to call the GTA and Ontario home,” the statement reads .

“It is time to move past finger-pointing. We need to work collectively to increase housing supply.”

The years-long debate has made the OLT and its predecessors a scapegoat for poor planning decisions, says Phil Pothen, a Toronto planning and environmental lawyer and the Ontario environmental program manager at Environmental Defence.

“Municipal governments, by their own admission, have often left in place detailed zoning that’s completely at odds with their own official plans and with provincial laws,” said Pothen.

“There has to be someone to arbitrate those interests and there has to be the rules that prevent one municipality from doing things that harm its neighbors or harm the environment overall.”

Pothen says if the OLT were scrapped entirely, appeals would be left to judicial review, making it harder for citizens to fight them and easier for developers with deep pockets to overturn decisions they don’t like.

He says critics should push for changes to provincial policy that will give clear direction to municipalities on housing affordability, density and the growth of neighborhoods and cities — which was the thrust of several recommendations in the Housing Affordability Task Force’s February report.

“When that happens, we will need the Ontario Land Tribunal to enforce those changes,” he said.