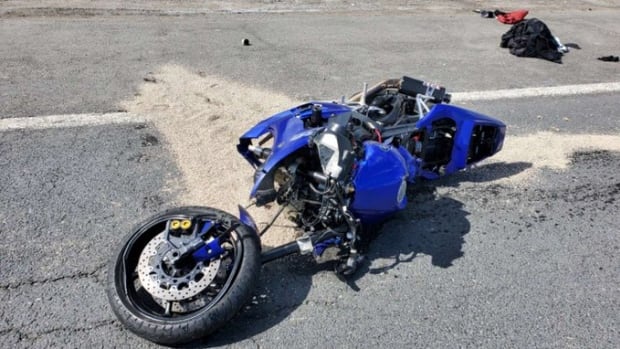 A 25-year-old Toronto man was seriously injured after his motorcycle slammed into the back of an SUV on Highway 401 in Ajax on Saturday, according to the Ontario Provincial Police.

The collision happened on Highway 401 westbound at Westney Road near the on-ramp. The biker was taken to a trauma center with life-threatening injuries. He was listed in stable condition on Sunday.

sergeant. Kerry Schmidt, spokesperson for the Ontario Provincial Police Traffic Division, said the motorcyclist was seen traveling at high speed prior to the collision.

The collision prompted Schmidt to speak out against highway racing. He said officers saw a group of motorcyclists “split into lanes” on Saturday as they traveled 254 kilometers per hour.

“The 401 is a freeway in the GTA and we currently have motorcycles going at high speeds,” he said.

“It’s not a race track. It’s not the way to use our highways here, where everyone is trying to get to their destination here safely. This kind of behavior is obviously very dangerous, potentially deadly and potentially deadly.”