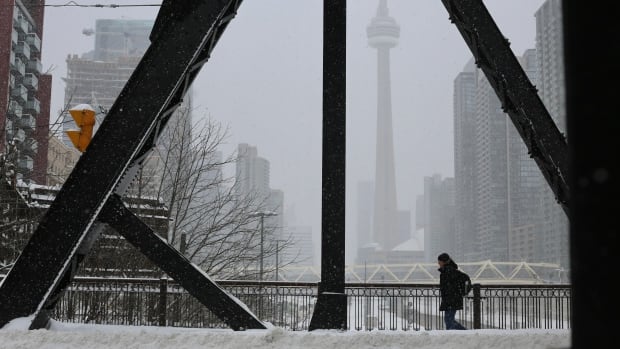 Environment Canada has issued a winter weather travel advisory for Toronto, saying “rapid snowfall” is possible for the city on Saturday afternoon.

The advisory says the forecast is calling for two to four centimeters of snow, with reduced visibility because of blowing snow. It is also calling for strong westerly winds, tasting up to 70 kilometers per hour.

“Strong wind gusts and local blowing snow are likely to continue throughout the afternoon,” the advisory says.

According to Environment Canada, a “sharp cold front” is making its way over southern Ontario and it is bringing the snow and blowing snow.

Toronto residents are told to prepare for travel conditions that could change and deteriorate rapidly.