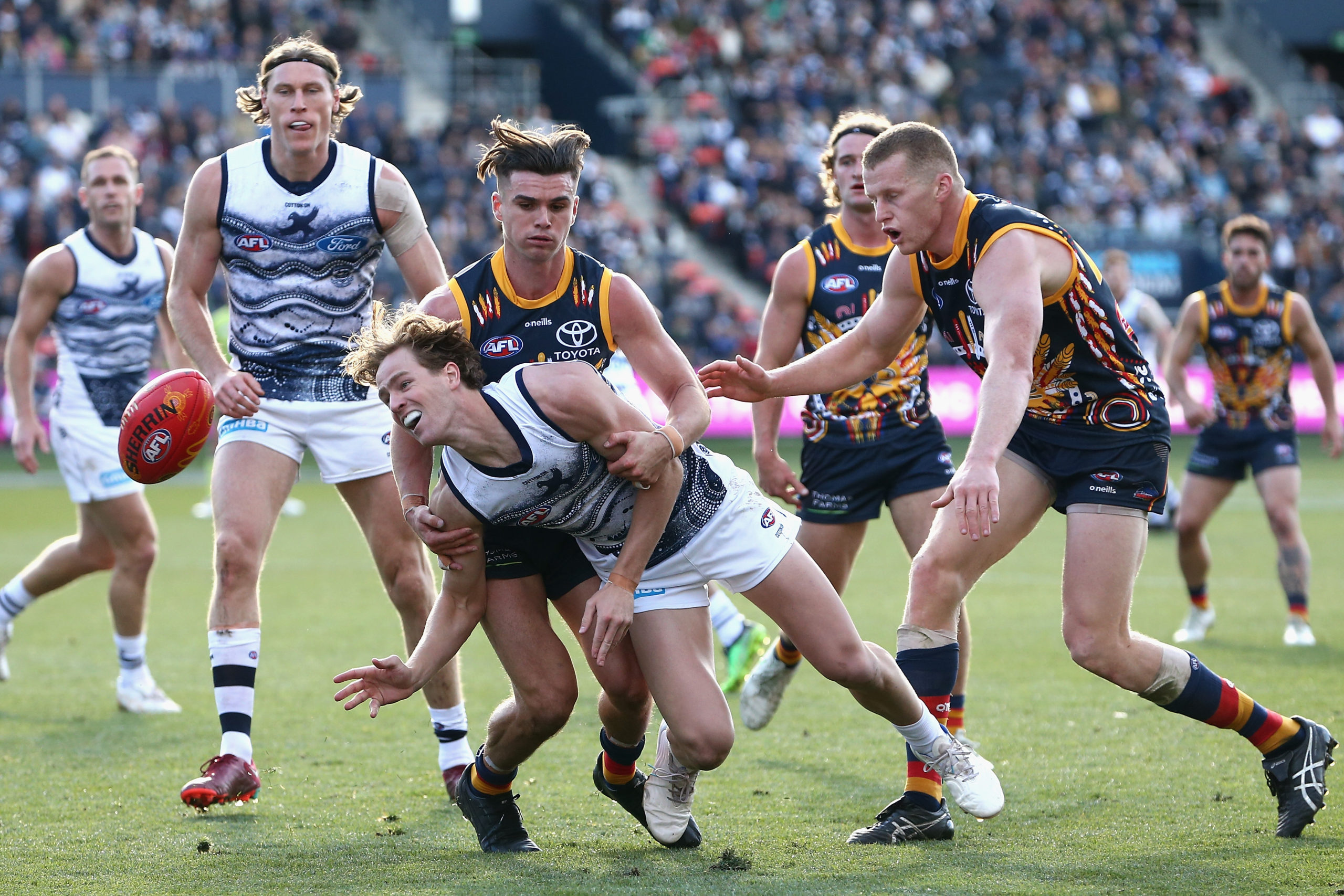 So here we are; another week with some promising signs, some more ominous, that familiar fleeting sense of hope duly buried under a flurry of last-quarter goals.

Following a team through a concerted reconstruction is, without a doubt, a cavalcade of emotions.

And after five weeks now of mundane performances against, for the most part, solid opposition, one is aware that there are only so many times one can reflect on the same predicament without sounding like the proverbial scratched record.

It would, of course, have been nice – and important – to beat just one of those finals teams we’ve faced in the past four weeks…not to mention the non-finals team we’ve played against (well, in sort of) five weeks ago to reignite the current malaise.

But although we showed signs in each of the last matches, in the end we couldn’t do it.

But still – 42 points against the Cats at home seems about right given the position of the respective teams.

And, of course, it could have been worse.

77 points down, as Port Adelaide can attest.

But given the recent – ​​and counterintuitive – sense of misguided optimism we’re peddling here at Fumbleland, it’s time to call for caution.

And to avoid repeating a well-worn script, we felt the best way to do that is to use rhyme.

So here is a poem by Fumbles, titled:

If Adelaide aspires to be

We should be happy

Once again we had

No radar for the goal posts.

So on our failures we can bet

But that aside, got no regrets

For most fans, count

Unless we lose to the west coast

We never really seemed to be

Lots of slaughter at the cattery

No reason to applaud

Our record is appalling

But we can at least take heart

We rallied from a pointless start –

This danger did not play

It was the kind of loss that really stuck out to you. Photo: Rob Prezioso/AAP

The dream now, when it seems hopeless

Is to revive our first form

On track were we

Our detractors to confuse.

But without victory in May,

Our departure, but gropingly

For a last hope:

Unless we lose the next round

At first the supporters seemed quite cold

About the impending reconstruction of Crows

But one formline remains

Made the fanbase crazier.

Potentially, except next week

The team we meet

Our horror run is coming to an end

On victory we should depend;

On the form alone

We should go home,

But as all Crows fans know

That’s when we’re most likely to leave

At least the past two years have brought

Some classic victories, which should

The seed will come to flower.

We would say, if we were optimistic,

We beat the two grand finalists,

And how we clapped

Whose return after a winless start

Was a dagger in the heart;

And in the mix

For an unlikely place in the final.

And, though their line of form is still quite choppy,

The perspective itself is pretty shitty.

If we don’t win

Against the Perth team

The remnants of a disastrous weekend;

A tide of bombers

While the misfortunes of Sam Powell-Pepper

They can still claim

They didn’t lose to the west coast 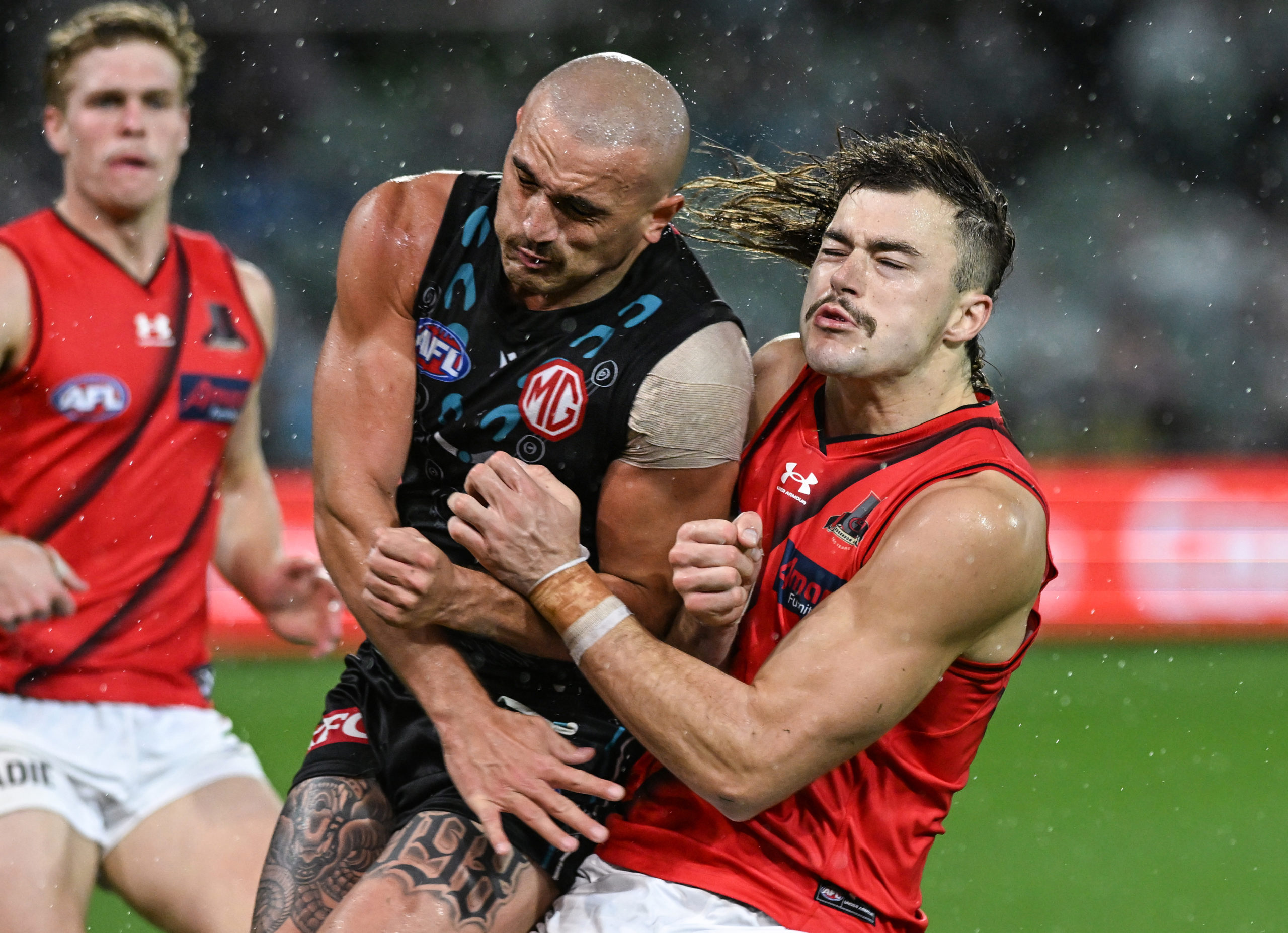 So while our early season form

We can still give

And Soligo staked a claim

In just four games and a third

If he doesn’t join the Lions

Our next three games are winnable,

And failure won’t be spinnable

In two out of three;

we have to see

Results of our efforts.

While the Gold Coast charges

We really shouldn’t lose to North:

would be this loss –

We would wear it forever.

But one week at a time, for now.

We dust ourselves off, we plow:

And pray our purchase

Will help us find a response

For those who say we are treading water.

It doesn’t have to be a massacre,

But just make sure

We get Win Four –

And please don’t lose to the West Coast!

Touch of the Fumbles is InDaily’s shameless weekly football column, published on Mondays during the AFL season.