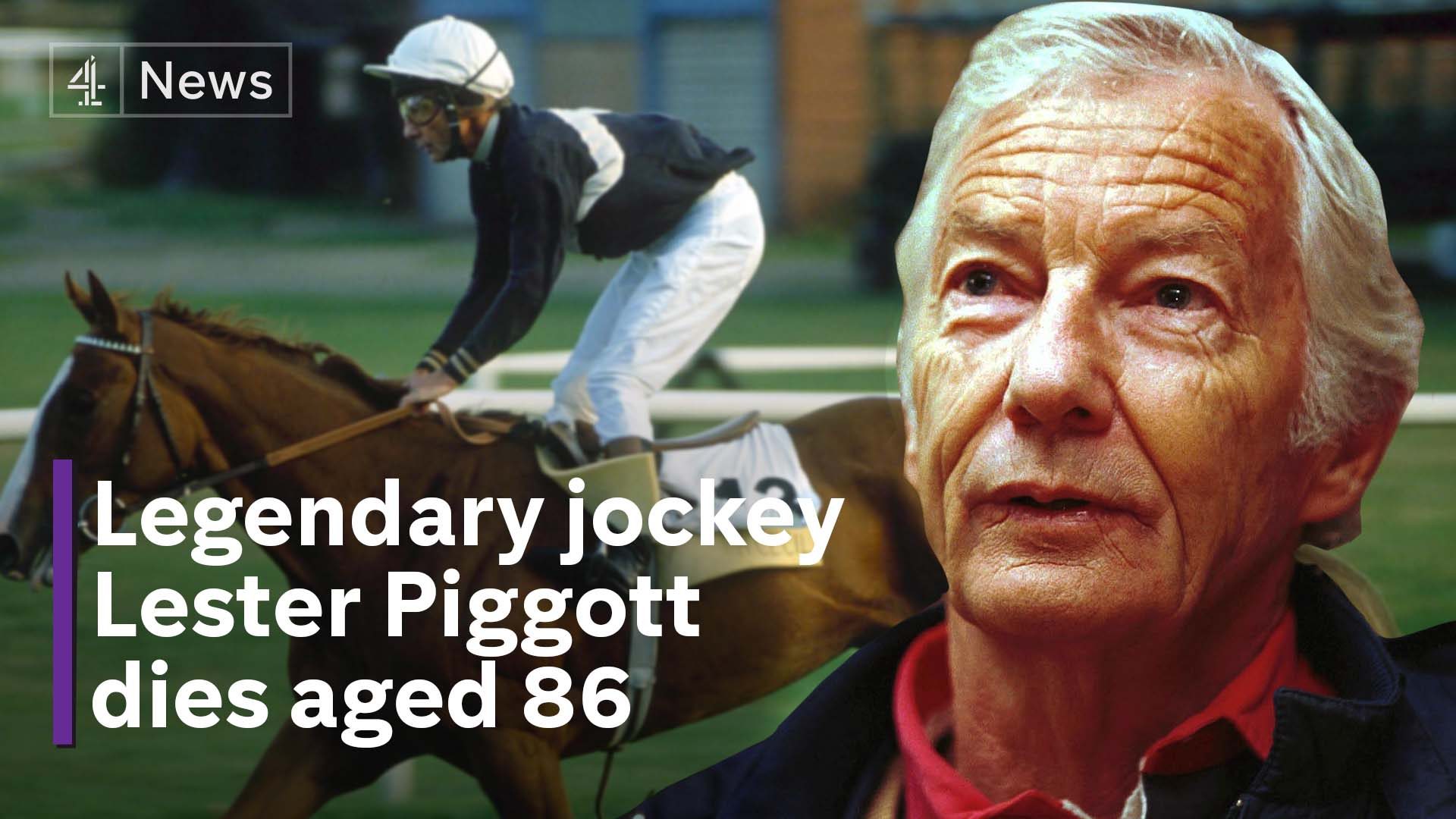 Legendary jockey Lester Piggott has died aged 86 at his home in Switzerland.

He won nearly 4,500 races, including a record nine Derby victories in a career that spanned nearly half a century.

But it was not without controversy – he was sentenced to three years in prison after being found guilty of multi-million pound tax evasion in 1987.

His fellow jockeys described him as a hero and a legend who would never be forgotten.