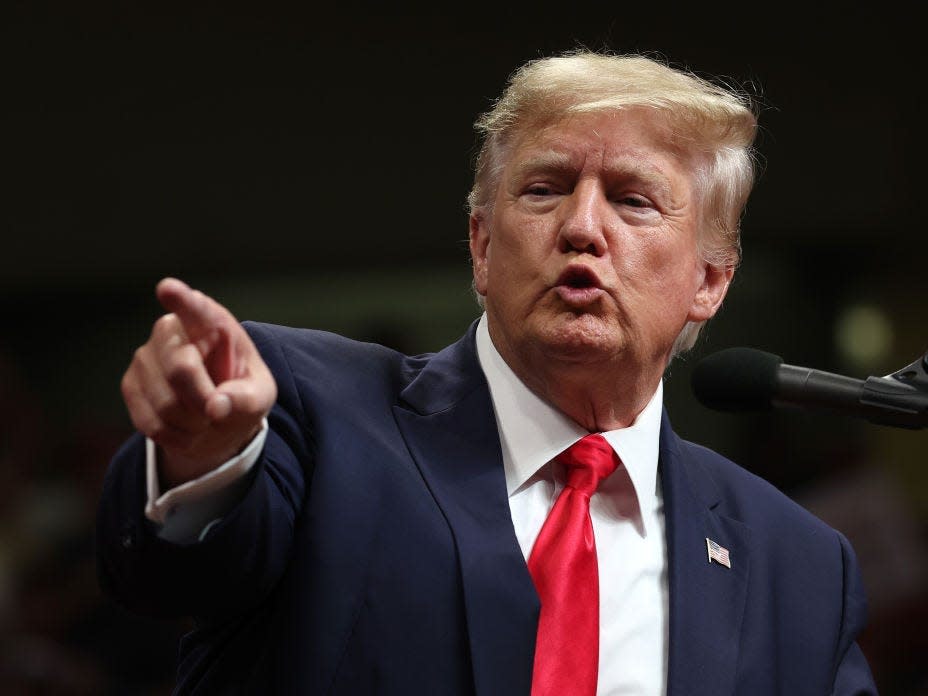 At a rally in Wisconsin on Friday night, former President Donald Trump made a series of what sounded like campaign promises — he also vowed to return to the White House.

After losing the 2020 presidential election to Joe Biden, the former president began hosting a series of rallies that served as a barometer of his popularity among conservatives and could help him maintain momentum for an eventual electoral candidacy.

On Friday, he targeted Biden’s policies and named various initiatives he would lead in the White House.

“We will end the Biden border disaster, restore our policy of staying in Mexico, strengthen ICE and border control patriots,” he said.

“We are going to end catch and release again, one of the dumbest programs ever,” he added. “We will end chain migration. We will end the visa lottery and crack down on illegal immigration as we did less than two years ago.”

“We will stop the crime wave in Democrat-run cities, we will give our police the power they need and the respect they deserve, and we will not take away the immune protection of our police,” he said. he continued.

Since his loss, Trump has repeatedly said he expects to win in 2024 if he runs in the next presidential election. Friday’s rally marked only the last time he made such a claim.

During an American Freedom Tour in March, for example, Trump promised to return to the White House in 2024.