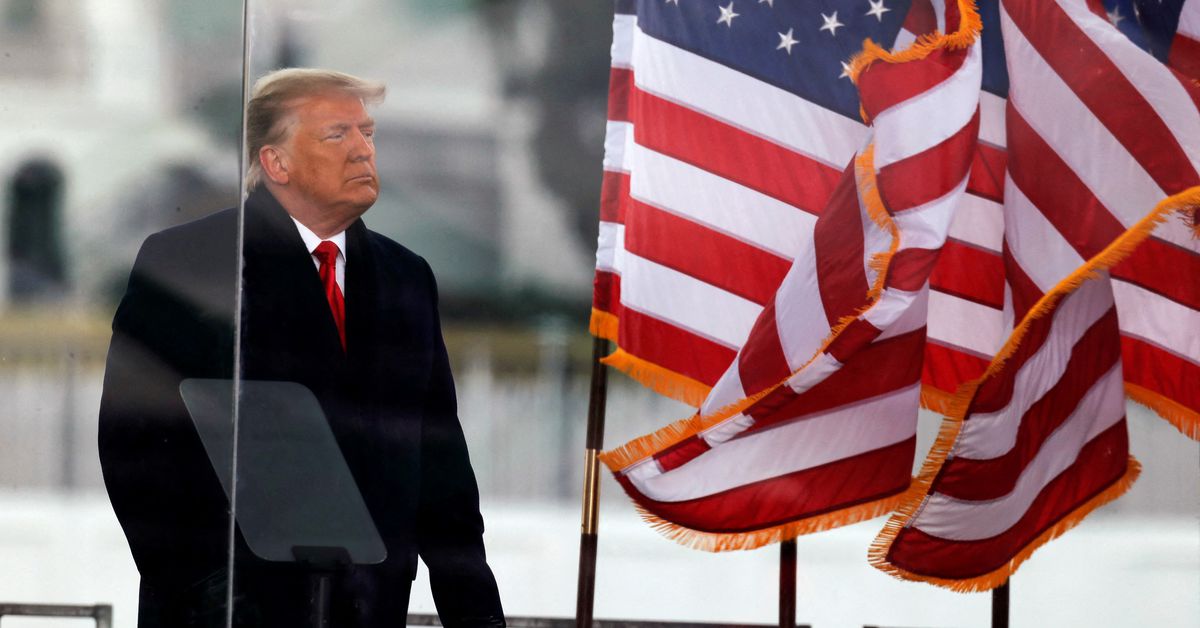 WASHINGTON, Feb 18 (Reuters) – Former President Donald Trump took classified information to his Florida home after leaving the White House, the US National Archives and Records Administration said in a letter to Congress on Friday about the 15 boxes of documents it recently recovered.

The Archives said it had informed the Department of Justice, which would handle any investigation.

“NARA has identified items marked as classified national security information within the boxes,” David Ferriero, the archivist of the United States, said in a letter to Democratic US Representative Carolyn Maloney, chair of the House of Representatives oversight committee.

Maloney’s committee has been looking into Trump’s handling of records by the Republican president, who left office in January 2021.

“These new revelations deepen my concern about former President Trump’s flagrant disregard for federal records laws and the potential impact on our historical record,” Maloney said in a statement.

“The National Archives did not ‘find’ anything, they were given, upon request, presidential records in an ordinary and routine process to ensure the preservation of my legacy and in accordance with the Presidential Records Act,” Trump said in a written statement.

“If this was anyone but “Trump,” there would be no story here.”

The Washington Post reported last week that some of the documents taken to Trump’s home were marked as classified, which could intensify the legal pressure Trump or his aides could face.

The Presidential Records Act requires the preservation of memos, letters, notes, emails, faxes and other written communications related to a president’s official duties.

Claiming executive privilege, Trump sued unsuccessfully to stop the release of records from his White House, including to the House select committee investigating the Jan. 6, 2021, attack on the US Capitol by Trump supporters.