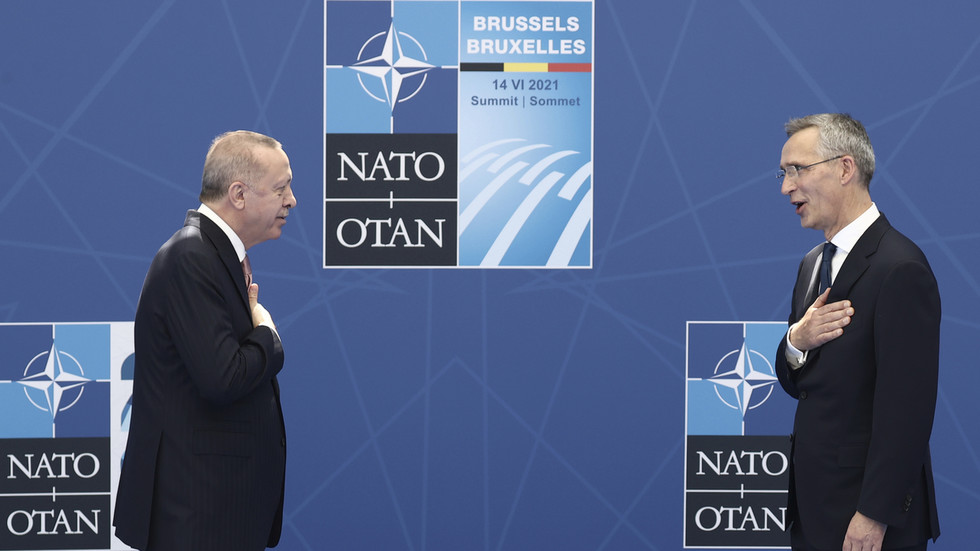 Sweden and Finland have yet to meet Ankara’s security demands, says President Erdogan

Ankara will not approve the two Nordic states’ NATO candidacies until they properly address Turkey’s concerns over their alleged support for terrorist organizations, President Recep Tayyip Erdogan has said, vowing not to repeat “past mistakes”.

“As long as Tayyip Erdogan is the head of the Republic of Turkey, we absolutely cannot say ‘yes’ to countries that support terrorism entering NATO,” he added. the leader told reporters upon returning from a trip to Azerbaijan, according to state media on Sunday.

Delegations from Sweden and Finland met their Turkish counterparts in Ankara for talks last week, following their joint bids to join the NATO military alliance. Joining them requires the unanimous consent of all 30 member states, and Turkey has threatened to block the process unless the two countries crack down on groups it considers terrorists.

“They are neither honest nor sincere” Erdogan spoke about the results of the talks so far. “They don’t take the necessary measures, they still allow terrorists to roam freely in the streets of Stockholm and ensure their safety with their police.”

“We cannot repeat the same mistake we made in the past towards those countries that harbor and feed these terrorists,” he added. He referred to a separate, long-running feud with Athens over Cyprus, recalling how in 1980 Ankara “allowed Greece to return” after its partial withdrawal from NATO.


NATO Secretary General Jens Stoltenberg has previously acknowledged that Finland and Sweden are unlikely to become NATO candidate members unless they meet Turkey’s demands. “No country has suffered more from terrorist attacks than Turkey,” Stoltenberg on Thursday, adding that Turkey is a “an important ally and when an ally has concerns, it needs to be discussed and resolved.”

Turkey demands that Sweden and Finland lift arms export restrictions to Turkey and extradite people linked to the Kurdistan Workers’ Party (PKK) and the Gulen movement (FETO). While Sweden and Finland both consider the PKK a terrorist organization, Ankara wants the same designation applied to the YPG and PYD respectively, the Kurdish military and political groups in Syria.

The two Nordic states both decided to break with their history of neutrality on May 15, citing the Russian military operation in Ukraine as motivating them to join NATO. Their membership bids have been welcomed by Washington and its European NATO allies, however, Turkey and Croatia have threatened to block bids unless their national security concerns are addressed. .


Moscow called Sweden’s and Finland’s demands “serious mistake with lasting ramifications” but said their NATO aspirations were even less of a concern than those of Ukraine, whose potential territorial claims could pose “enormous risks for the whole continent” if he was accepted into the block.

Turkey has taken a neutral stance in the conflict, maintaining ties with Ukraine and Russia and refusing to join Western sanctions against Moscow and trying to mediate in the conflict. The Turkish president had announced talks with Russian President Vladimir Putin and his Ukrainian counterpart Volodymyr Zelensky, for “to encourage the two parties to maintain the paths of dialogue and diplomacy”.