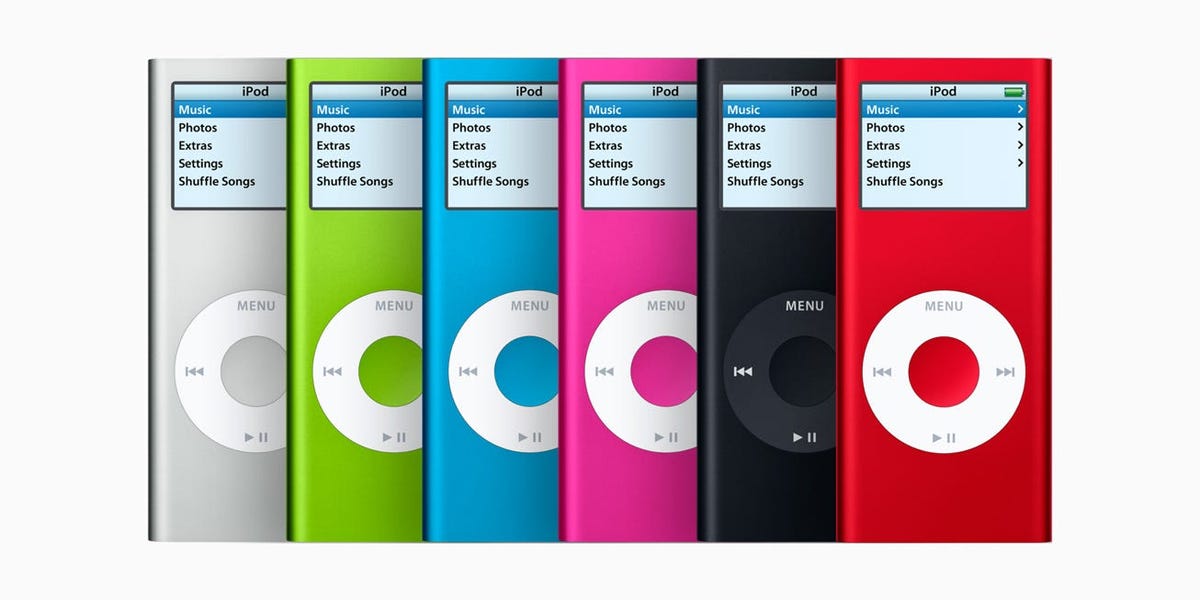 Apple is calling time on the iPod, the tech giant announced this week.

The MP3 player was the first to hold 1,000 songs and helped revolutionize the way people listen to and buy music.

Since its release in 2001, Apple has released different versions of the device, including the Shuffle, Nano, and Touch.

About 450 million iPods have been sold over the past two decades, according to a New York Times report citing venture capital firm Loup Ventures.

In a blog post, Apple said the iPod touch was still available “while supplies last.”

Take a look at some of the models that have been released over the past two decades.