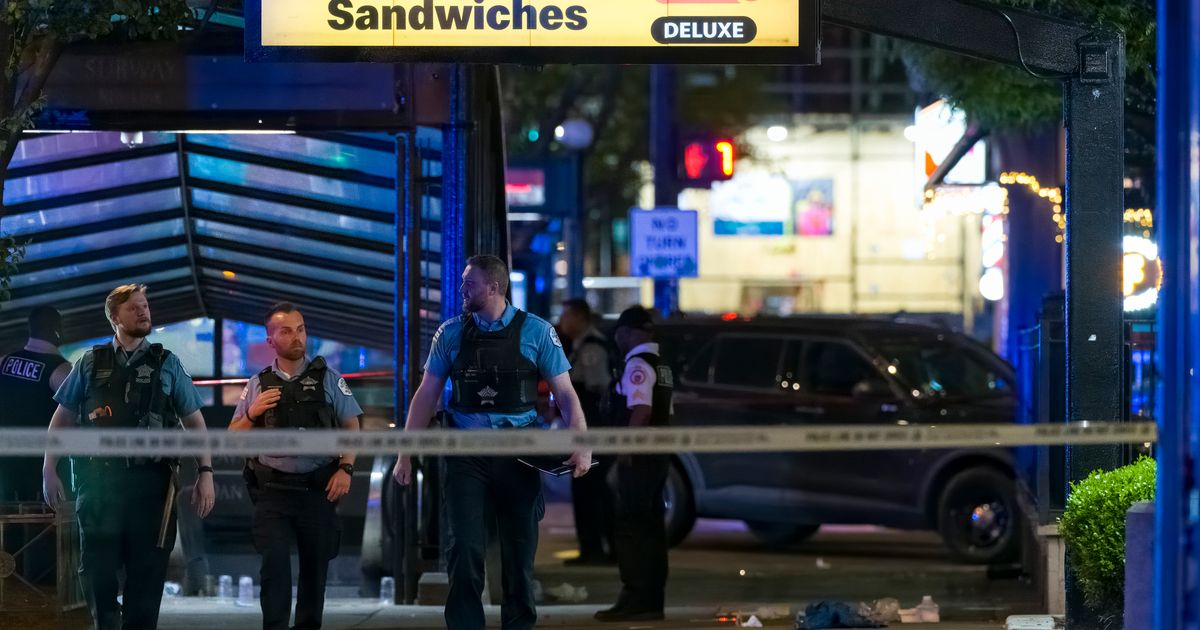 CHICAGO (AP) — Two men have been charged in a shooting that left two dead and seven injured outside a fast-food restaurant a few blocks from Chicago’s famous Magnificent Mile shopping district.

Kameron Abram, 20, of Riverdale, is charged with aggravated unlawful use of a weapon and other charges.

Both are scheduled to attend a hearing in Chicago’s Central Bond Court on Sunday.

Sanders was arrested Thursday night, minutes after the shooting following a fight outside a McDonald’s on the city’s Near North Side. The gunfire sent passers-by scattering, including a woman who was seriously injured when she fell onto a third rail at a nearby tube station where many passers-by ran to safety.

Antonio Wade, 30, was identified as one of those killed in the shooting. The name of the second victim has not been released.

The part of town where the shooting happened is usually packed with tourists, students from Loyola University Chicago’s downtown campus, parishioners from the city’s famous Holy Name Cathedral, and people coming in the area for shopping and dining in restaurants.

City leaders pledged to address an increase in gun violence across the city.