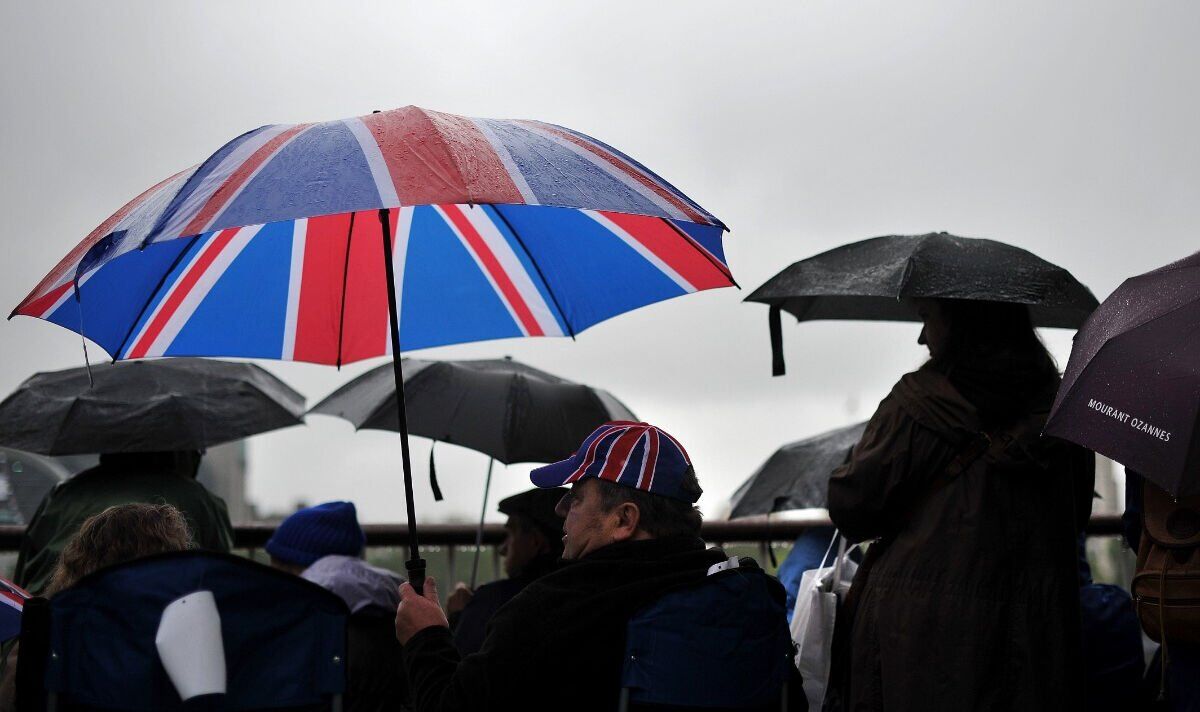 Millions across the country will be counting down to mark the Queen’s upcoming Jubilee celebrations as the 96-year-old marks her 70th year on the British throne. However, forecasters suggest there could be a chance of rain in parts between Thursday and Sunday.

The rain looks set to cover almost all of mainland Scotland, with parts of northern England and the Midlands also potentially affected.

Despite potential rainfall, temperatures on Friday are expected to peak at 22C around London and the South East.

However, temperatures in Scotland are expected to hover between 9°C and 14°C on Friday.

Saturday will see temperatures close to 20C around London and parts of southeast England.

On the other hand, Scotland could see temperatures reach 16°C.

Looking ahead to conditions later this week, the Met Office said: “Showers developing most days, with occasional more organized rain possible for the North West.

“However, between the showers, lots of dry weather and it should be warmer.”

In an earlier update, Met Office Deputy Chief Meteorologist Chris Bulmer said: “After a fine day for most of Saturday, and some Sunday, cooler and more unsettled conditions will be fairly widely established by now. Monday.