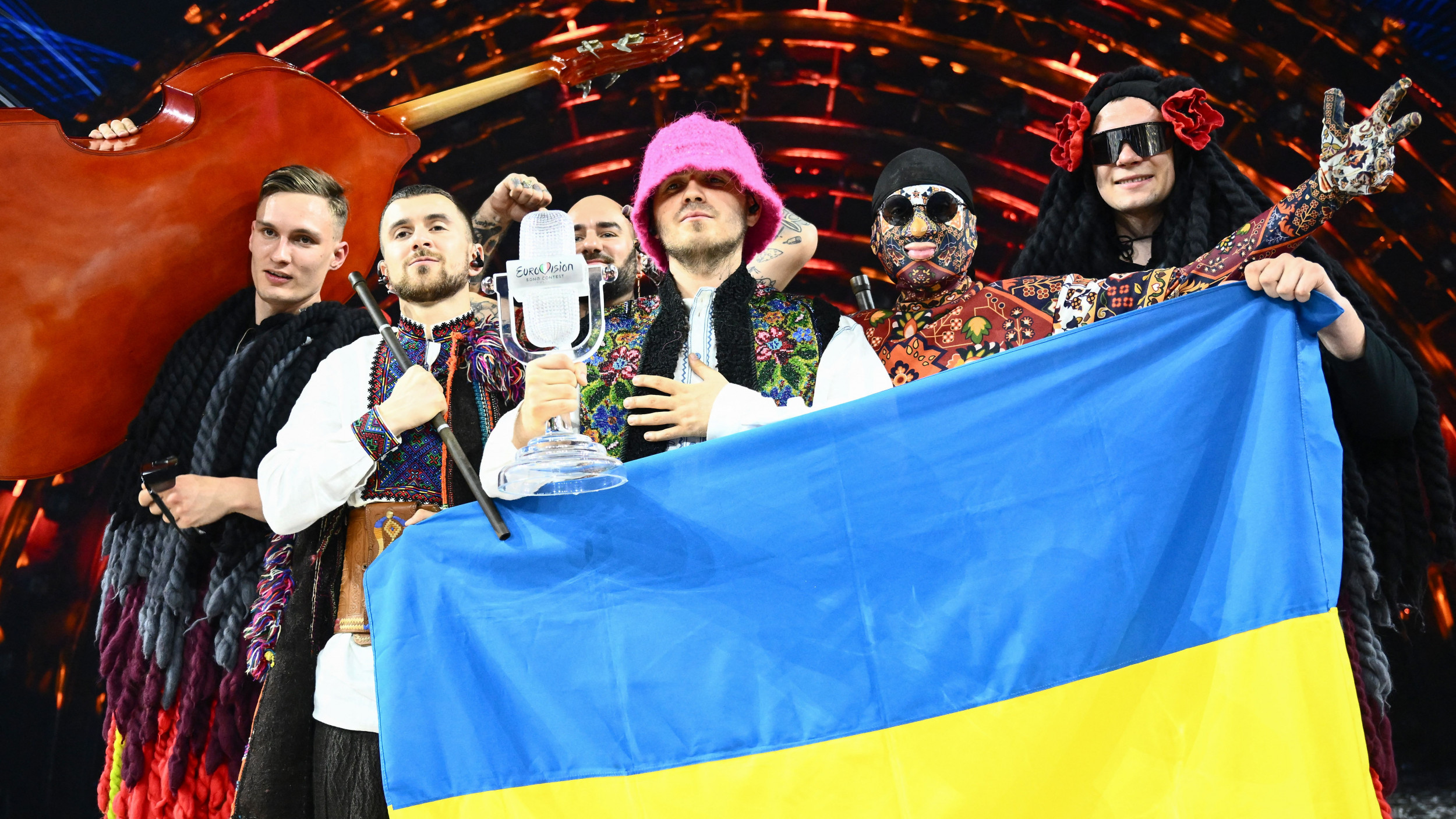 Kalush Orchestra, the Ukrainian band that won the Eurovision trophy at this year’s songwriting contest earlier in May, auctioned off the crystal microphone to buy drones for their country’s military as she fights against the invasion of Russia.

The group reported on Facebook that the trophy had been sold for $900,000.

“You are amazing guys!” the translated message reads. “We appreciate each of you who donated to this auction and a special thank you to Team Whitebit who purchased the trophy for $900,000 and are now the rightful owners of our trophy.”

The group said funds would be provided to the Serhiy Prytula Charity Foundation, a charity that helps the Ukrainian military, and would be used to buy three drones.

Sunday’s online auction was led by Prytula, according to Reuters, which said the drones will be PD-2 unmanned aerial systems.

Kalush Orchestra won the 66th Eurovision Song Contest at the event which took place May 10-14 in Turin, Italy. It was the county’s third victory, according to the organization.

“Kalush Orchestra formed as an offshoot of the rap group Kalush, focused on blending modern hip-hop sounds with the motifs found in traditional Ukrainian music and art,” according to Eurovision.

The group won for its entry Stephanie and soon after released a video for the song which was filmed in war-torn Ukraine. The song offers a tribute to mothers.

“That’s how we see Ukrainian mothers today,” Kalush frontman Psiuk told Billboard of the video. “We were trying to convey the message of what Ukraine looks like today.”

In a Sunday update, Ukrainian President Volodymyr Zelensky said he visited Kharkiv in northeastern Ukraine on the 95th day of the war.

“Kharkiv suffered terrible blows from the occupiers,” he said. “Black, burnt, half-ruined apartment buildings face east and north with their windows, from where Russian artillery was firing. From where Russian warplanes arrived. They face to Russia. And in them now, as in a mirror, the Russian state can be seen.”

He said Russia had lost the battle for Kharkiv and Kyiv and “lost its own future and all cultural connection with the free world”.

Zelensky also reported that a third of the Kharkiv region “is still under occupation”.

“We will definitely liberate the whole territory,” Zelensky said.

It was the president’s first visit outside the Kyiv region since the start of the war, the BBC reported.