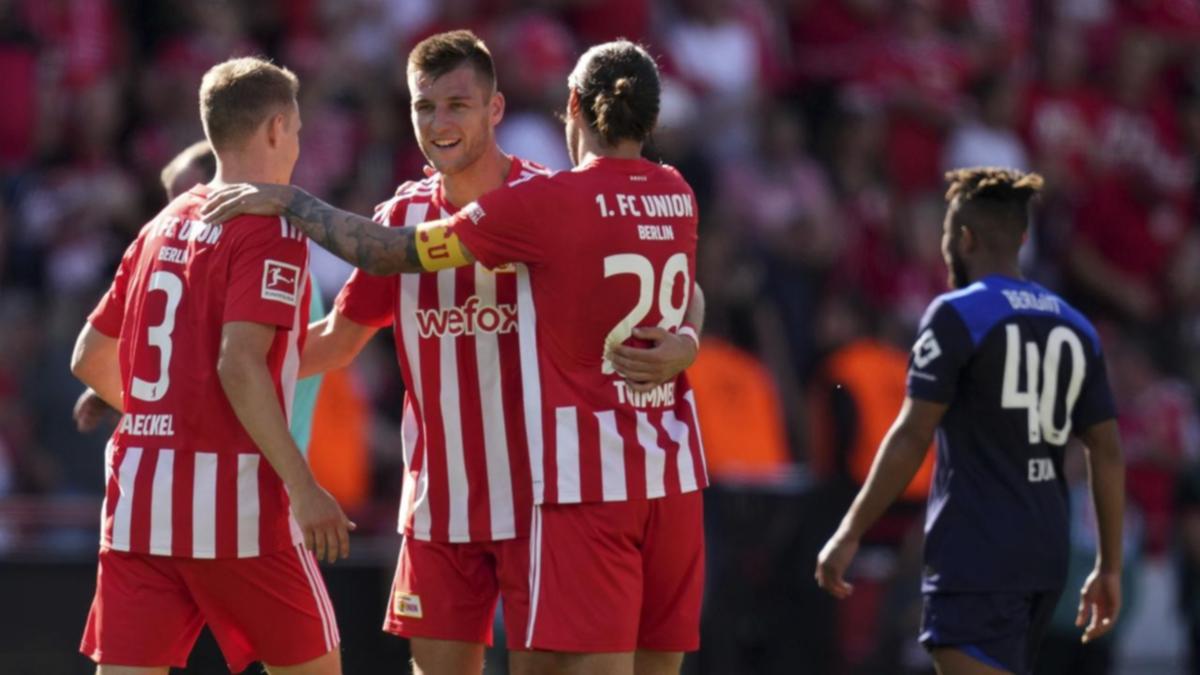 Union Berlin beat Hertha Berlin 3-1 in the city derby to start their Bundesliga season with a satisfying win.

With Hertha posing no threat and leaving big gaps in their defence, Union struck again five minutes after the restart when Sheraldo Becker charged into the box and flicked the ball past Christensen.

The situation escalated further when Robin Knoche came on, subject to a VAR review.

Hertha scored in the 84th through Dodi Lukebakio to reduce the deficit.

Borussia Moenchengladbach also had a winning start to the season with a 3-1 win over Hoffenheim at 10 while Freiburg sacked four former hosts Augsburg.

Champions Bayern Munich kicked off the season on Friday with a sensational 6-1 demolition of Eintracht Frankfurt.