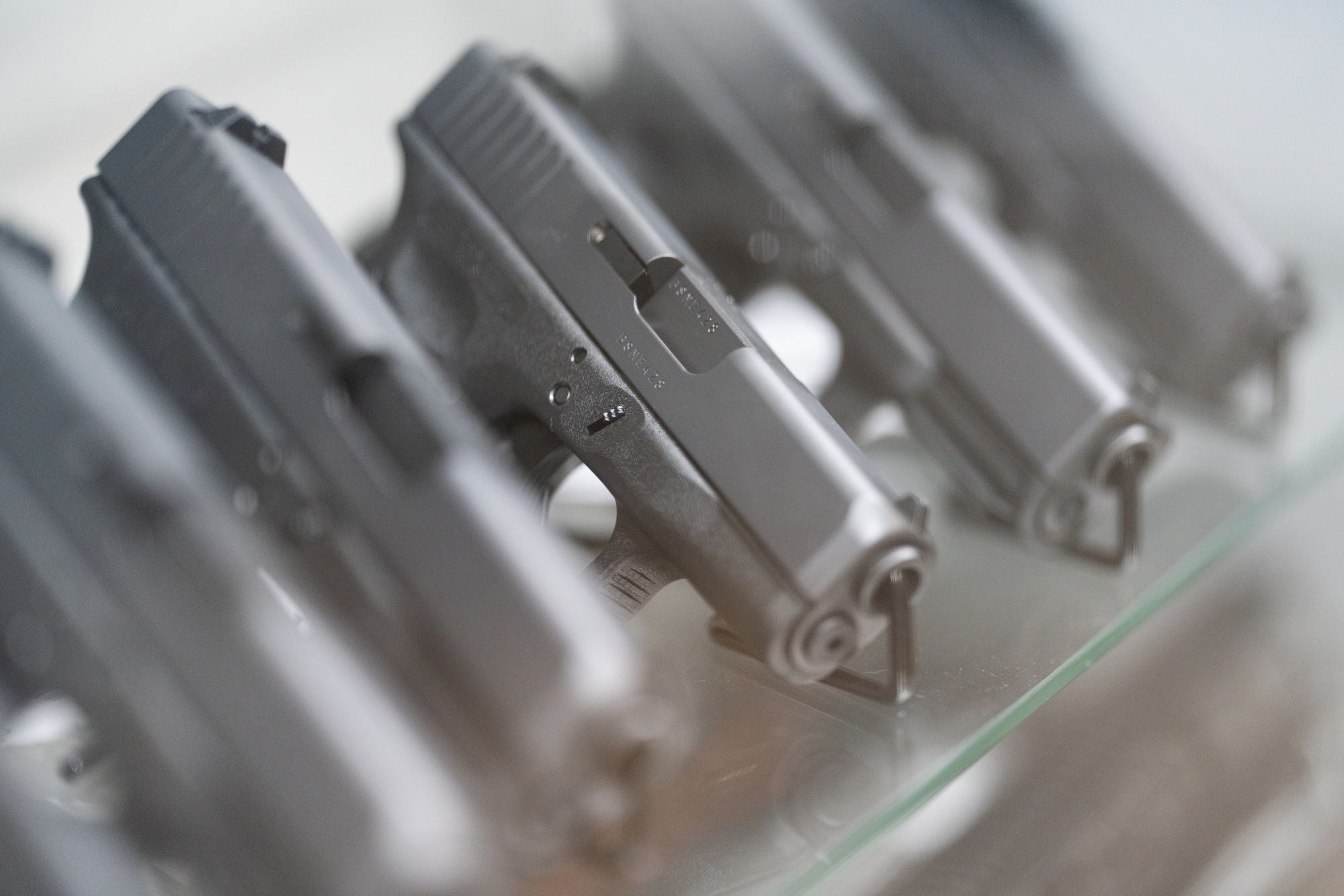 WASHINGTON — The United States is in the midst of a major gun-buying boom that shows no signs of abating, as the annual number of guns manufactured has nearly tripled since 2000 and has risen sharply in the over the past three years, according to the first comprehensive federal report. tally of the gun trade in two decades.

The report, released Tuesday by the Bureau of Alcohol, Tobacco, Firearms and Explosives – three days after a mass shooting in Buffalo, New York, left 10 people dead – painted a stark statistical portrait of a nation arming itself to the teeth. Buyers took advantage of the easing of gun restrictions by the Supreme Court, Congress and Republican-controlled state legislatures.

The data documented a sea change in consumer demand among gun owners that had profound commercial, cultural and political implications: Beginning in 2009, Glock-style semi-automatic handguns, purchased for personal protection, began to sell more than rifles, which were usually used in hunting.

Embedded in the 306-page document was another statistic that law enforcement officials find particularly troubling. Police recovered 19,344 privately made firearms, untraceable homemade weapons known as “ghost guns”, in 2021, a tenfold increase since 2016. Law enforcement officials say this has contributed to the rise in gun-related murders, particularly in California, where ghost guns make up to half of guns recovered from crime scenes.

Figures released on Tuesday revealed a booming industry, with annual domestic firearms production rising from 3.9 million in 2000 to 11.3 million in 2020. A relatively small percentage of domestically produced guns are exported overseas, so these numbers accurately reflect firearms. buying habits, according to ATF officials.

Currently, there are about 400 million guns in the United States, according to a 2018 survey by the nonpartisan Small Arms Survey, which tracks gun ownership.

The statistics, gathered by ATF’s research division from industry, academic and government experts, offered few major surprises. Many of the larger outlines and conclusions have been widely known from other sources or anecdotally for months or even years.

But the release of the report nonetheless represents a significant victory for gun control advocates.

While Democrats have failed in their broader agenda of limiting easy access to firearms, particularly semi-automatic rifles, they are succeeding in gradually removing an informational blackout curtain that has obscured trade data. firearms since the administration of George W. Bush.

A year ago, President Joe Biden ordered the ATF, an undersized agency charged with enforcing national gun laws and regulations, to collect and analyze 20 years of gun data. fired after a series of mass shootings across the country.

In the report’s introduction, Gary M. Restaino, the bureau’s acting director, wrote that the purpose of releasing the data was “to prevent the diversion of these firearms from the legal market into the illegal market.”

At a White House Violence Reduction Summit on Tuesday, Assistant Attorney General Lisa O. Monaco made a similar point, saying, “We can only cope with the current increase in violence. if we have the best information available and use the most effective tools. and research to fuel our efforts.

His remarks came the same day Biden traveled to Buffalo to visit the scene of the racially motivated shooting on Saturday.

Before boarding Air Force One, Biden told reporters he would work harder “to convince Congress” to pass gun control measures, but admitted it would be difficult without a major shift in sentiment on the part of lawmakers.

The report, while eagerly awaited, is seen as less consequential than an upcoming analysis of weapons used in crimes – which will draw on law enforcement, academic and public health sources – to paint a picture. equally comprehensive traffic patterns.

“But the next logical step is to get the data on criminal gun recoveries, put that information back in the public sphere, so we can find out how these guns go from legal manufacture to illegal use,” he said. added Suplina.

This report should highlight the role of illegal straw buyers – legal buyers who sell guns to people prohibited from buying handguns – and perhaps identify federally licensed dealers who are responsible for the sale of the largest number of weapons subsequently used in crimes.

Some of this information has already fallen into the public domain.

This month, the Brady Gun Control Group released a review of Pennsylvania gun tracing data revealing that six small retailers in South and Northeast Philadelphia sold more than 11,000 guns that were later recovered in criminal investigations or confiscated from owners who obtained them illegally from 2014 to 2020.

The ATF report recommended that the bureau hire more civilian employees to inspect arms dealers. Currently, the bureau has less than 700 inspectors to oversee more than 88,000 federally licensed gunsmiths, pawnbrokers and other retailers.

Over the past two years, gun thefts from cars and homes have increased in many major cities, fueling violent crime, according to analysis by The Wall Street Journal.

The firearms industry has long resisted the release of certain firearms data collected by the ATF. A series of Republican-sponsored measures, pushed by the National Rifle Association, prevent bureau officials from releasing trace data and other information to the public.

The boom in gun production appears to have been driven in part by the expiration of the assault weapons ban in 2004.

After the law expired, “the manufacture of the types of semi-automatic rifles and pistols previously designated as assault weapons increased steadily, particularly AR-type rifles and pistols, which are now commonly referred to as ‘sporting rifles’ modern “and ‘modern sporting pistols,'” the report’s authors found.

Payton Gendron, the suspect in the Buffalo attack, used a Bushmaster semi-automatic rifle, one of several AR-15 clones available for legal purchase in the country.

Two manufacturers dominate the handgun market, according to the report. Smith & Wesson accounted for 8.2 million guns produced from 2016 to 2020, or 17% of the overall market, and Sturm, Ruger & Co. followed close behind, with nearly identical sales and production numbers.

The data compiled by ATF spans a 20-year period, but charts included with the report show three periods of intense consumer volatility. One was in 2013, after President Barack Obama’s re-election and the mass shooting in Newtown, Connecticut, sparked calls for increased gun regulation. The second was in 2016, during the presidential campaign.

The third unstable period began in 2019 and extended until the 2020 elections and pandemic.

Firearms production increased at all levels during this period. But demand for semi-automatic handguns has grown at the fastest rate on record, with pistol production rising from about 3 million to 5.5 million a year, according to the report.

The number of imported weapons, of all types, has also increased sharply, from around 2 million a year ten years ago to more than 4 million in 2020, a record.

Many of them were first-time buyers who flooded the ATF switchboard and mail servers for information on how to buy a gun legally and what guns were best for protection. personal, an ATF official said.

This article originally appeared in The New York Times.