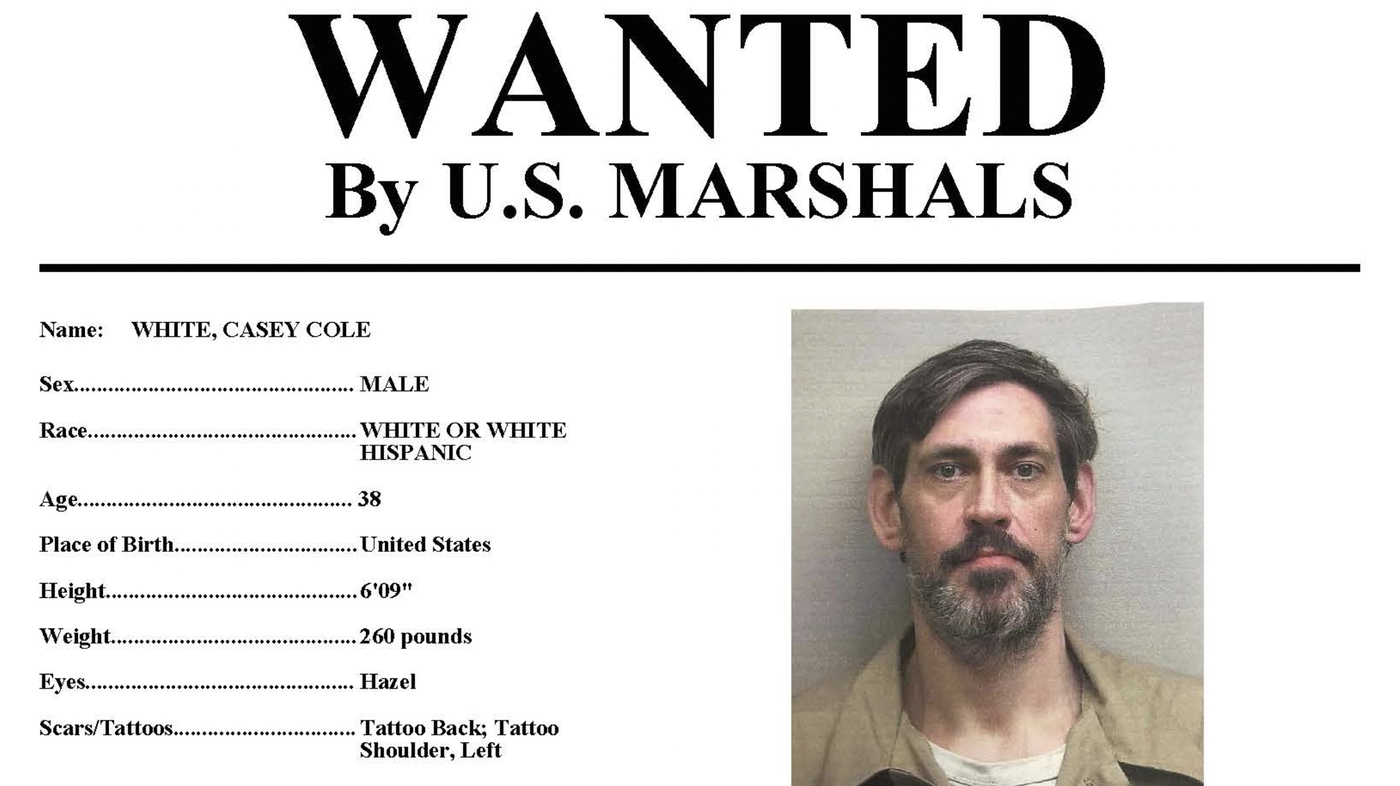 This image provided by the US Marshals Service on Sunday shows part of a wanted poster for Casey White.

This image provided by the US Marshals Service on Sunday shows part of a wanted poster for Casey White.

The US Marshals Service is offering up to $10,000 for information leading to the capture of Casey White, an Alabama inmate charged with two counts of capital murder who disappeared on Friday.

Also missing is Vicky White, the assistant director of Lauderdale County Corrections, who told staff she was transporting Casey White to the local courthouse for a mental health assessment before the two disappeared.

Officials say Casey White and Vicky White are not related.

“Casey White is considered a serious threat to the Corrections Officer and the public,” U.S. Marshal Marty Keely said in a statement. “Do not attempt to apprehend this fugitive.”

The Lauderdale County Sheriff’s Office said in a Facebook post Friday that the vehicle the couple used to leave the detention center was in the parking lot of a local mall.

Casey White, 38, has been charged with two counts of capital murder in the fatal stabbing of Connie Ridgeway, 59, after he confessed to the murder.

He had previously served time for what officials described as a “criminal spree” in 2015, which included a home invasion, carjacking and police chase.

Officials say anyone with information about the disappearance of Casey White and Vicky White should contact law enforcement or make an anonymous report to the US Marshals Service.