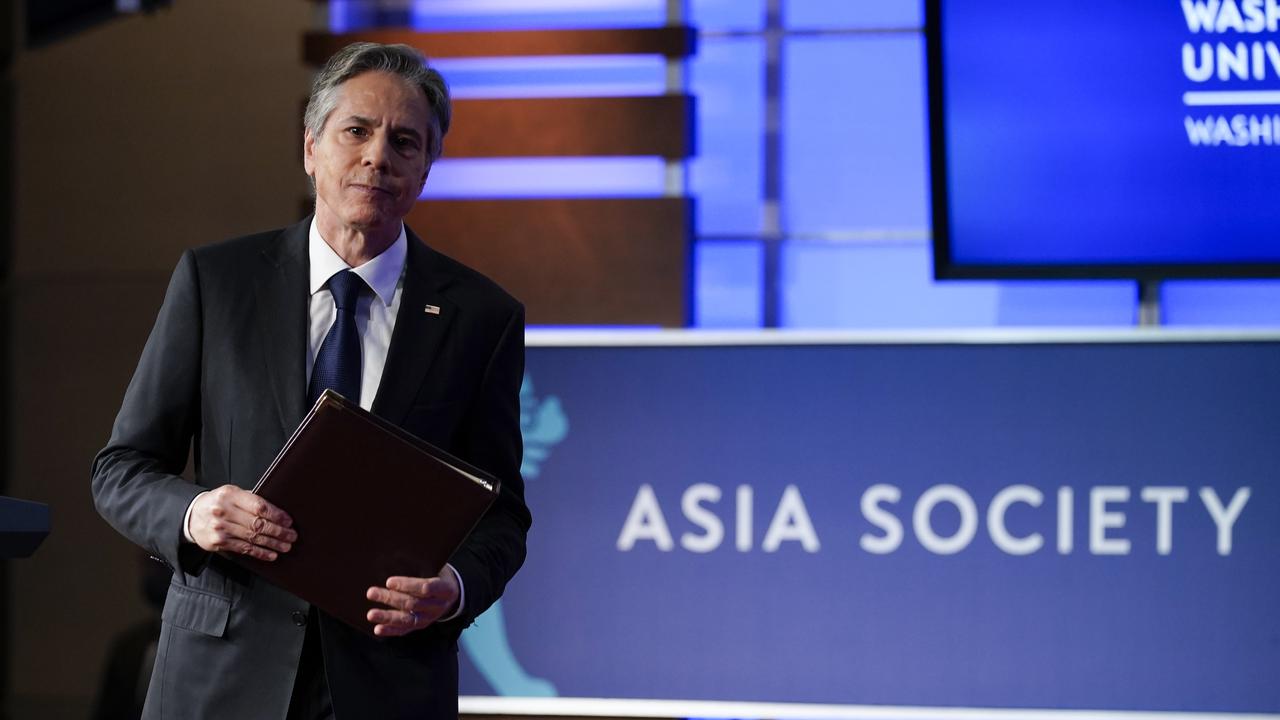 The United States does not seek to separate China from the global economy, but wants the country to adhere to international rules, US Secretary of State Antony Blinken said in a long-awaited speech on US strategy to deal with the rise of China as a great power.

The United States will not prevent China from developing its economy or trying to change its political system, Blinken said, but it will defend international law and the institutions that maintain peace and security and enable countries, including including the United States and China, to coexist. .

“We are not looking for a conflict or a new cold war. On the contrary, we are determined to avoid both,” Blinken said in the 45-minute speech at George Washington University, which covered the range of the most contentious issues in bilateral relations.

US-China relations have sunk to their lowest level in decades under President Donald Trump’s administration and deteriorated further under President Joe Biden, who has so far maintained his predecessor’s tariffs on products. Chinese, but also pursued closer ties with allies in the Pacific and beyond to fend off China’s growing influence.

Seventeen months into his administration, Biden had come under fire from Republicans and some foreign policy watchers for failing to announce an official strategy on China, the world’s second-largest economy after the United States.

Foreign crises, including the US’s disorderly withdrawal from Afghanistan last year and Russia’s war in Ukraine, have created distractions for Biden, who has vowed not to let China overtake the US as a world leader under his leadership.

But his administration has sought to capitalize on a newfound solidarity with allies spurred by the Ukraine crisis and the “limitless” partnership China announced with Russia weeks before the Feb. 24 invasion.

Blinken’s speech coincides with the start of an extensive tour by China’s foreign minister of Pacific island nations, an increasingly tense front in the competition for influence between China and the United States and its allies.

The United States remains focused on China, which poses “the most serious long-term challenge to the international order,” Blinken said.

The United States has long complained about what it calls China’s unfair trade practices, such as state subsidies and market access barriers, as well as its growing economic coercion on others. country.

As Blinken credited the hard work of the Chinese people for their country’s historic economic transformation over the past four decades, he attacked Chinese leader Xi Jinping.

“Under President Xi, the ruling Chinese Communist Party has become more repressive at home and more aggressive abroad,” he said, adding that the party was using its power to undermine the principles and institutions that have enabled its success.

In his speech, he laid out the outlines of a strategy to invest in US competitiveness and align with allies and partners to compete with China, calling that competition “our game to lose”.

Blinken said Biden was ready to increase direct communication with China on a range of issues and would “respond positively” if Chinese officials took action to address concerns.

“But we cannot count on Beijing to change its trajectory. We will therefore shape the strategic environment around Beijing to advance our vision of an open and inclusive international system,” he said.

Increased US support for the Chinese-claimed democratic island of Taiwan remains a point of contention, even though the US, officially, has maintained its longstanding policy of strategic ambiguity over whether it defend Taiwan militarily.

Blinken reiterated the United States’ commitment to the one-China policy, even though Biden said earlier this week that the United States would get involved militarily if China attacked Taiwan.

He and his aides later said his remarks did not reflect a change in policy.

“What has changed is Beijing’s increasing coercion, such as trying to cut off Taiwan’s relations with countries around the world and preventing it from participating in international organizations,” Blinken said, adding that the activity Chinese army’s near daily life near the island was “deeply destabilizing”. ”.

Blinken’s speech was postponed once after he tested positive for COVID-19 earlier in May and follows a month of intensive US diplomacy focused on Asia and the Pacific, including Biden’s first trip as as president in the region.

The president’s meetings there with leaders from South Korea, Japan, India and Australia were aimed, in part, at fending off China’s growing influence.

Biden has also sought to create new momentum in relations with Southeast Asia, declaring a “new era” of relations at a summit in Washington DC this month.