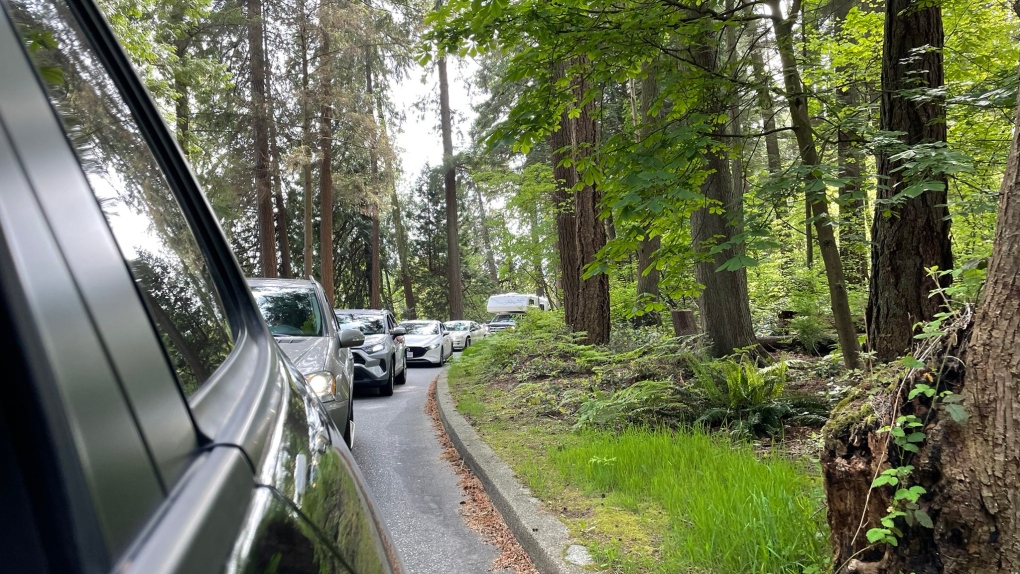 Amid ongoing controversy over a temporary bike lane and after a long weekend that saw frustrated drivers, the Vancouver Park Board is asking for input on how to reduce private vehicle traffic in Stanley Park.

The council has launched an investigation, open until June 9, as part of the Stanley Park Mobility Study

“What do you think is important to improve access to and enjoyment of Stanley Park for all? it takes.

A statement from the City of Vancouver explicitly draws attention to the problems drivers are having entering the park over the holiday weekend as one of the reasons this question needs to be answered now.

A study of this kind had not been done since 1996.

The priority, according to the city, is to “focus on sustainable modes of transportation and seek to identify the potential opportunities and challenges of different approaches to reducing private vehicle traffic in the park.”

The aim is both to shape long-term plans and to identify “faster improvements to address congestion at the park’s entry and exit points and to make ongoing improvements to the temporary bike path”. the city’s statement continues.

After the May long weekend, a debate over the temporary bike lane has erupted again.

The separate bike lane has been in place since the early days of the pandemic, initially to keep cyclists away from the seawall and allow for greater physical distancing. In October, the Vancouver Park Board voted to extend the project until the Stanley Park mobility study was completed.

The lane configuration through Stanley Park involves one-way traffic along Beach Avenue, meaning cars can only exit onto Georgia Street, creating exit bottlenecks as vehicles leave during peak hours and some weekends.