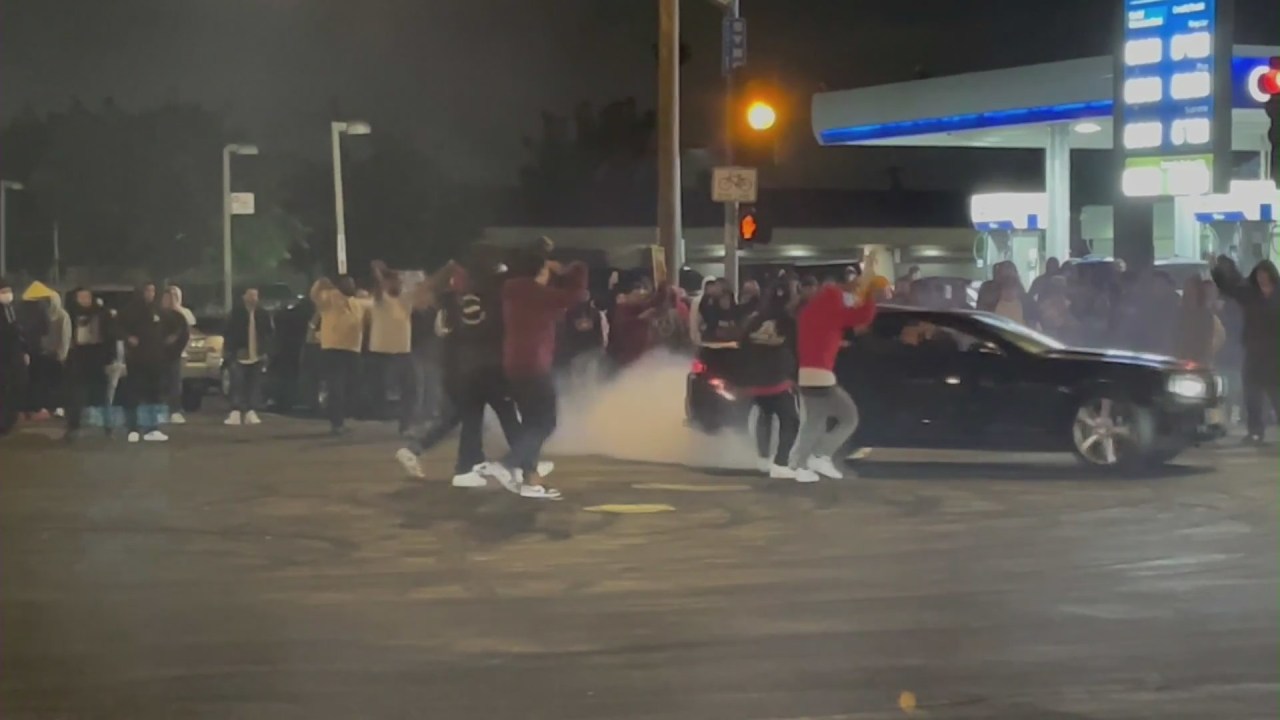 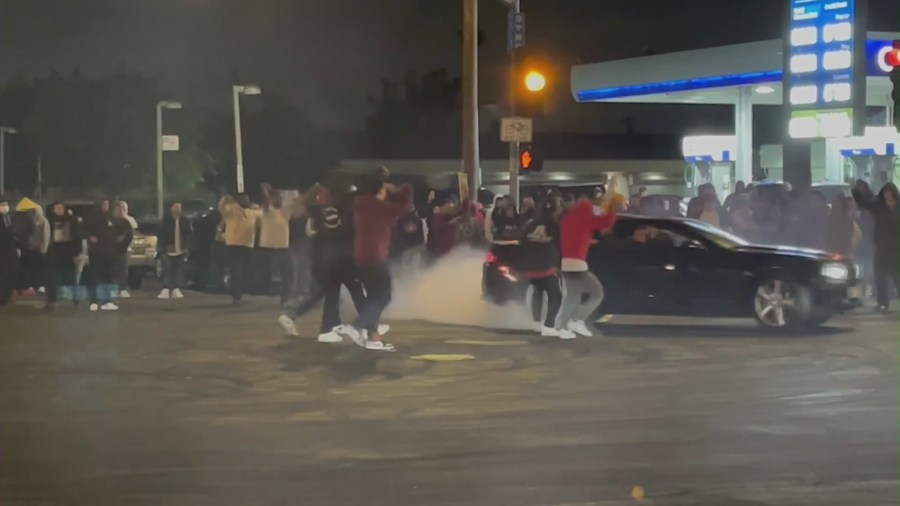 A car slammed into a large crowd during a street takeover in the Vermont Vista area of ​​South Los Angeles early Saturday morning.

Cars were doing donuts at the intersection of Century Boulevard and Hoover Street, according to RMG News.

People surrounded the car and some of them jumped on it before it drove away, knocking them down.

Around 1:45 a.m. Sunday, another takeover blocked streets in the Florence neighborhood south of LA

This event at Manchester Avenue and San Pedro Street would have included fireworks.