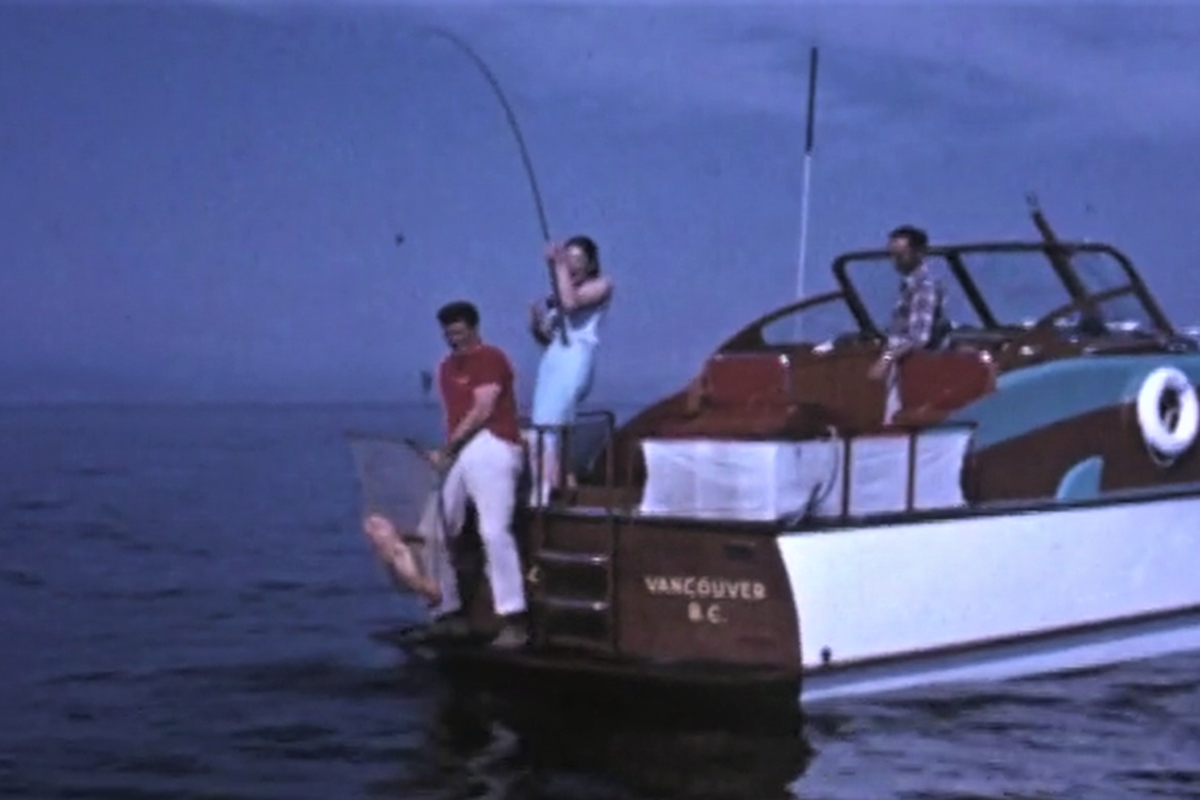 More than 60 years ago, the City of Vancouver partnered with the local tourism association and some businesses to put together a video that initially appeared to target honeymooners.

It opens with a ‘Just Married’ sign as a happy couple travel to Vancouver for a jazzy vacation in ‘Canada’s third city’.

However, much of what it focuses on probably wouldn’t be considered part of a honeymoon vacation, at least by today’s standards. After setting the scene and showing a local gas station, the narrator jumps right into… residential towers and city politics. Just what newlyweds love.

If you were worried about the clip staying too long at City Hall, don’t worry. They just say the prayer and move on.

“There’s a saying in the West that when a tree falls anywhere in British Columbia, its echo is heard in Vancouver’s financial district,” the narrator states as the film continues.

The film, now in the City of Vancouver Archives, also touches on the “money horde”, i.e. fish, and other industrial activities like shipbuilding.

After 8 minutes, it begins to meander to a travel video, as Vancouver International Airport comes into view, and to some extent it does, with a look at local sports, including a look on the BC Lions, and an amazing clip of an orange cat rolling over (just after 11:30, if you want to fast forward).

It’s just before the halfway point that more traditional honeymoon activities are introduced, with lovely walks in the parks around town, trips to the beach and sailing around the Salish Sea. It’s at this point that we also see the couple we were introduced to at the start, as they fish.

The rest of the travelogue focuses on more touristic ideas (with a few problematic clips of local Asian heritage and the complete erasure of local First Nations presence), although the tone seems more like trying to get people to move to the city instead of sightseeing. But they recognize it’s a tourist video at the end.

“The seasons change, but there’s one thing here that never changes,” the narrator declares over swollen music. “Winter, summer, spring or fall, the visitor is always welcome in Vancouver, British Columbia.”