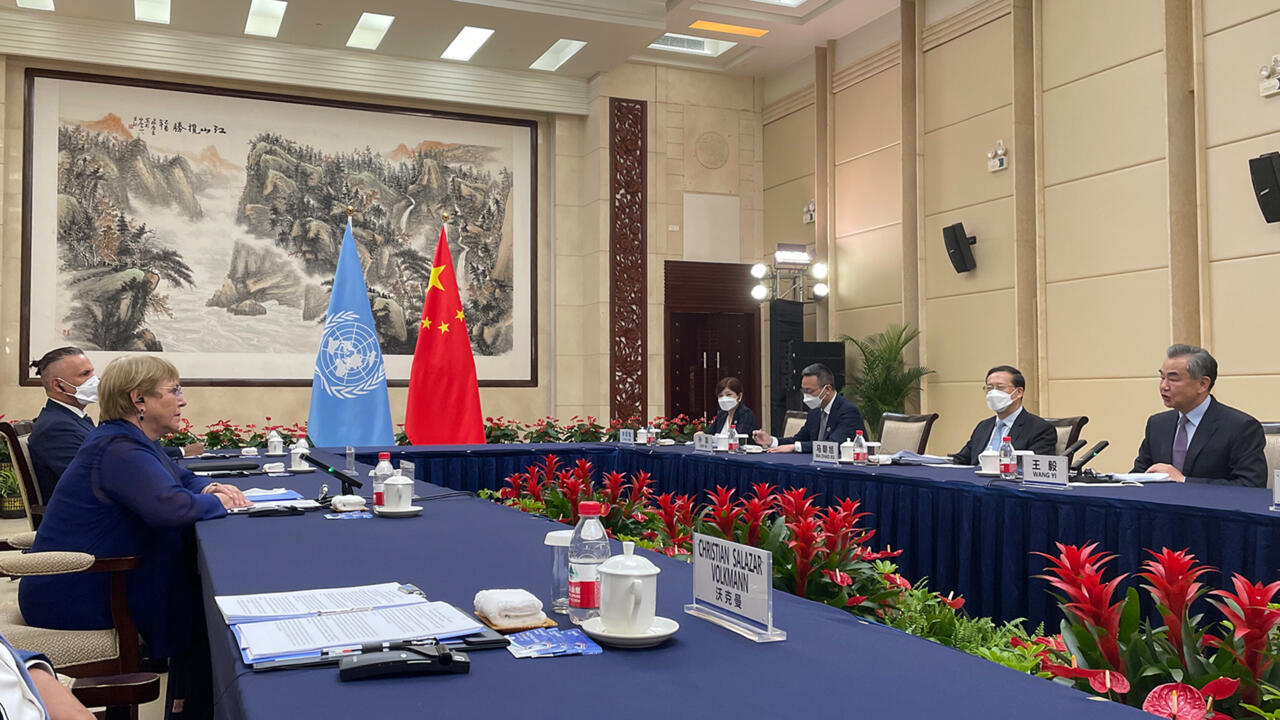 Washington (AFP) – The United States has expressed concern over China’s efforts to ‘restrict’ and ‘manipulate’ the visit of the UN High Commissioner for Human Rights to Xinjiang, where Beijing is accused of holding more than one million Uyghur Muslims in camps.

In her long-planned visit, Michelle Bachelet travels to the far western region of Xinjiang, where China is accused of detaining more than a million Uyghurs and other Muslim minorities, carrying out sterilization forced women and forced forced labor.

“The United States remains concerned about the visit of the United Nations High Commissioner for Human Rights, Michelle Bachelet, and her team to the People’s Republic of China, and about the efforts of the Republic of China to restrict and manipulate his visit,” the US secretary said. of State Anthony Blinken said in a statement Saturday.

“We are concerned that the conditions imposed by the Beijing authorities during the visit did not allow for a comprehensive and independent assessment of the human rights environment in the People’s Republic of China, including Xinjiang. , where genocide and crimes against humanity continue,” he said. added.

On Saturday, Bachelet stressed that his visit was “not an investigation”, while Chinese Vice Foreign Minister Ma Zhaocho boasted that the visit had yielded “concrete positive results”.

Bachelet said her visit was an opportunity for her to speak “frankly” with Chinese authorities, and she urged China to avoid “arbitrary and indiscriminate measures” in its crackdown in Xinjiang, but said she was aware of the damage caused by “violent extremism”. “.

This is the first visit to China by a delegate in 17 years, after tough negotiations over the terms of the visit.

Washington had warned ahead of Bachelet’s visit that Chinese authorities would not allow him the communication needed to get a full assessment of the human rights situation there.

Blinken reiterated that stance, saying he was “disturbed by reports that people in Xinjiang have been warned not to complain or speak openly about conditions in the region (…) and that no information ‘was provided on the fate of hundreds of missing Uyghurs’. and the living conditions of a million detained Uyghurs.” .

“The High Commissioner should have been allowed to hold unannounced meetings with families of Uyghurs and other ethnic minorities in Xinjiang who are not in detention centers but who are not allowed to travel outside of Xinjiang. the region,” he said.

“Resignation is the only meaningful thing he (Bachelet) can do for the Human Rights Council,” said Dilxat Raxit, spokesperson for the World Uyghur Congress.

His office later clarified that his statements did not imply direct endorsement of China’s human rights record.