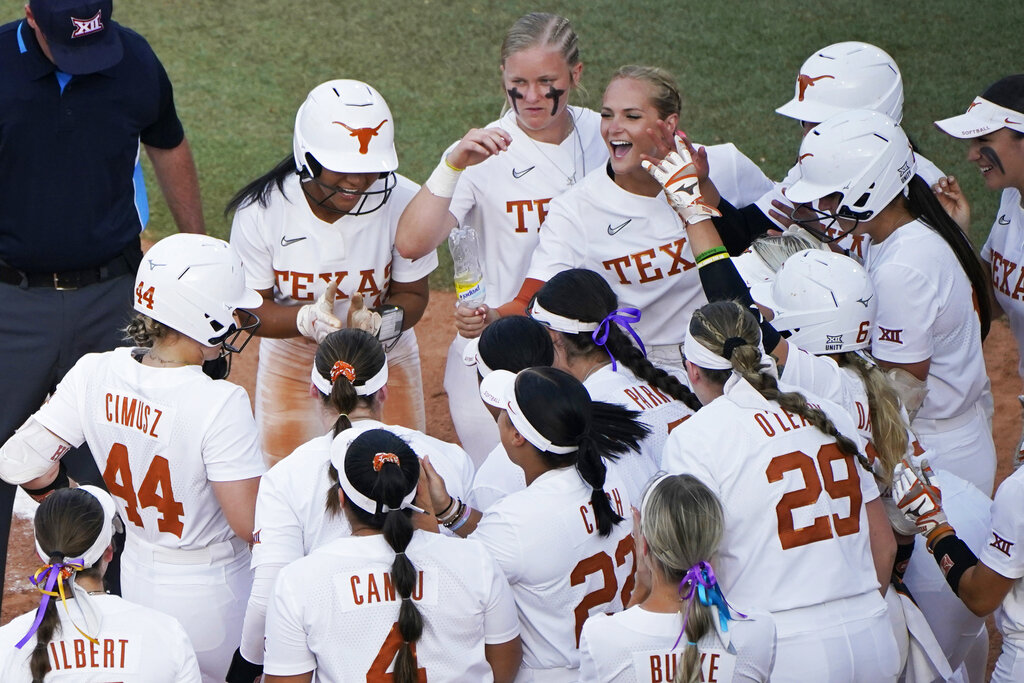 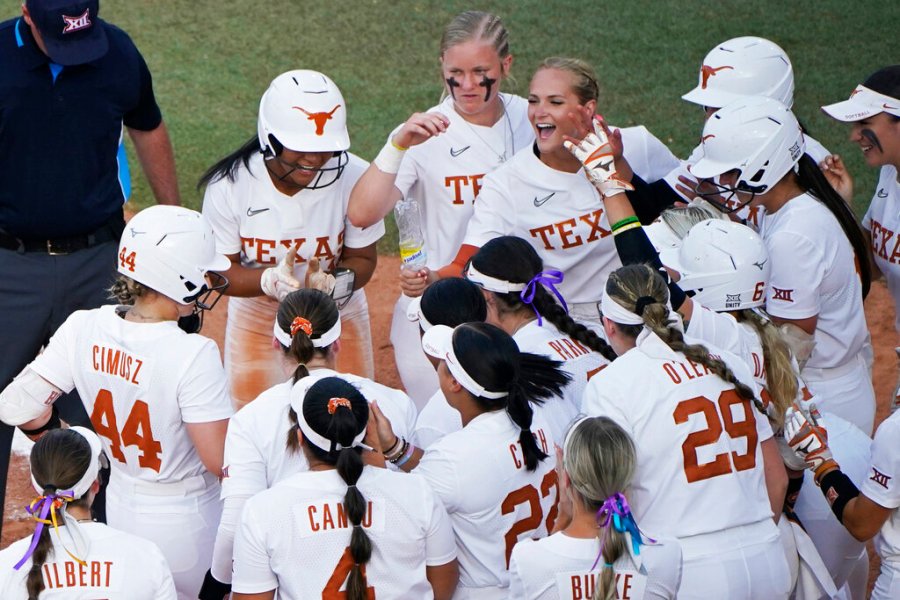 FAYETTEVILLE, Ark. (KXAN) — Behind a three-run sixth inning, the Texas softball team beat No. 4 Arkansas 3-0 in a deciding Game 3 Fayetteville Super Regional to qualify for the Women’s College World Series.

Longhorns ace Hailey Dolcini threw more than 100 pitches in the first two games of the series, so freshman pitcher Sophia Simpson stepped up. Simpson went the full seven innings without allowing a run.

“I knew my defense had me all the time,” Simpson said. “All the time. I knew they wanted it as much as I did.

Janae Jefferson kicked things off in the top of the sixth for Texas with a brace. Mia Scott followed with a bunt single to set things up for Alyssa Washington who struck in the game’s opening runs with a two-run double. Mary Lakopo added an RBI single to give the Longhorns a 3-0 lead.

“Just for them to get into the College World Series and see the show,” Longhorns head coach Mike White said. “It’s another thing to go out there. I mean, it’s great to come out here in front of 3,000 [fans]. But when you’re ahead 10-15, it’s a whole other story. I am so excited for them to be able to experience this opportunity.

The Razorbacks put out several runners in the sixth and seventh innings, but Simpson was able to get out of both jams with help from his defense. Simpson’s shutout is his first of the year.

Arkansas won Game 1 of the series 7-1 on Thursday afternoon before Texas came back with a 3-1 win on Friday.

“We’ve been in this position before where we don’t win the first game,” Janae Jefferson said. “So we always know we can bounce back from any loss we may have and we’ll take that momentum into the World Series with us as well.”

Now, Texas advances to Oklahoma City for the Women’s College World Series for the first time since 2013. The tournament begins Thursday as the Longhorns will be one of the last eight teams standing.