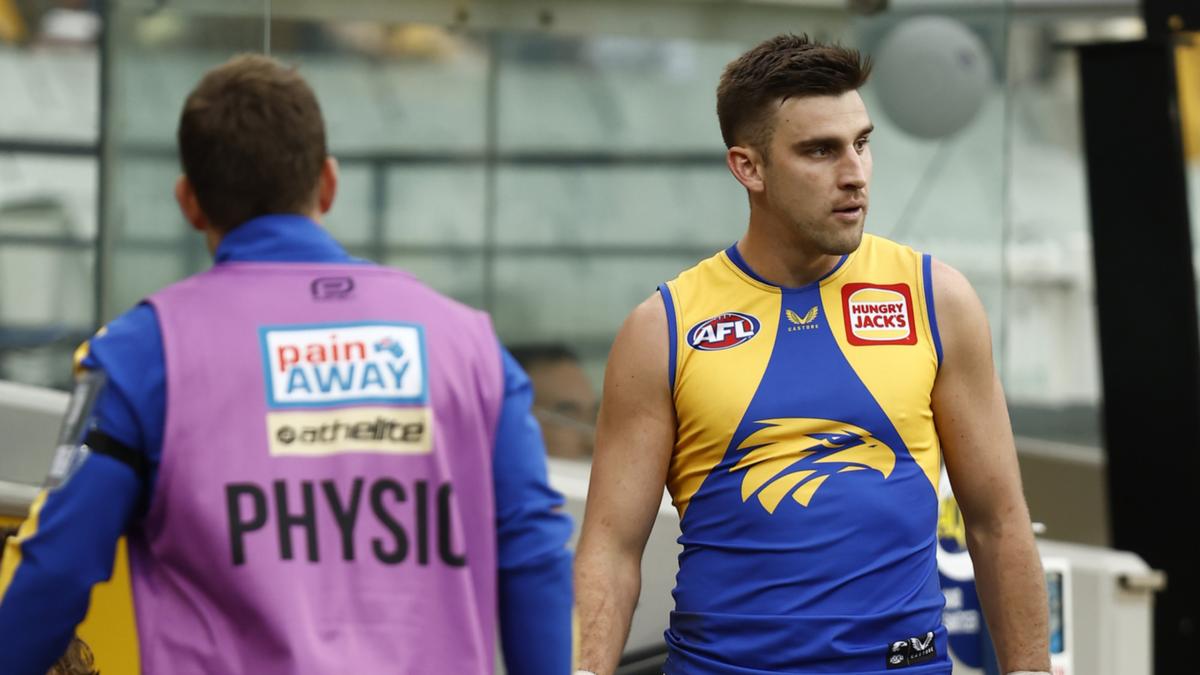 Yeo stopped in pain after failing to chase Richmond speedster Maurice Rioli early in the third quarter and was replaced by medical backup Sam Petrevski-Seton.

It took him a moment to get to his feet, before hobbling straight to the bench, looking sorry.

The right hamstring injury comes in Yeo’s third game at the side after spending a spell on the outside while improving his conditioning.

He had registered nine kicks and five handballs before going out, in the quieter of his return games in the side.

A pre-season injury meant he ran through the Eagles reserve team, playing his first game of the year in the fifth round, before leaving Game 6 against Port Adelaide with a concussion and only returning to the turn 15.

Yeo was deployed in an inspired move through half-back, where he made a name for himself and won an All-Australian after moving to the Brisbane Eagles.

Coach Adam Simpson has previously said his intention is to bring Yeo back into the midfield squad once he settles into the team.

It puts the rest of his season in doubt, with the Eagles facing games against Carlton, Hawthorn and St Kilda in the coming weeks.

Richmond gun Dustin Martin was also taken out of play with “hamstring awareness.”

He was replaced by small forward Kane Lambert.