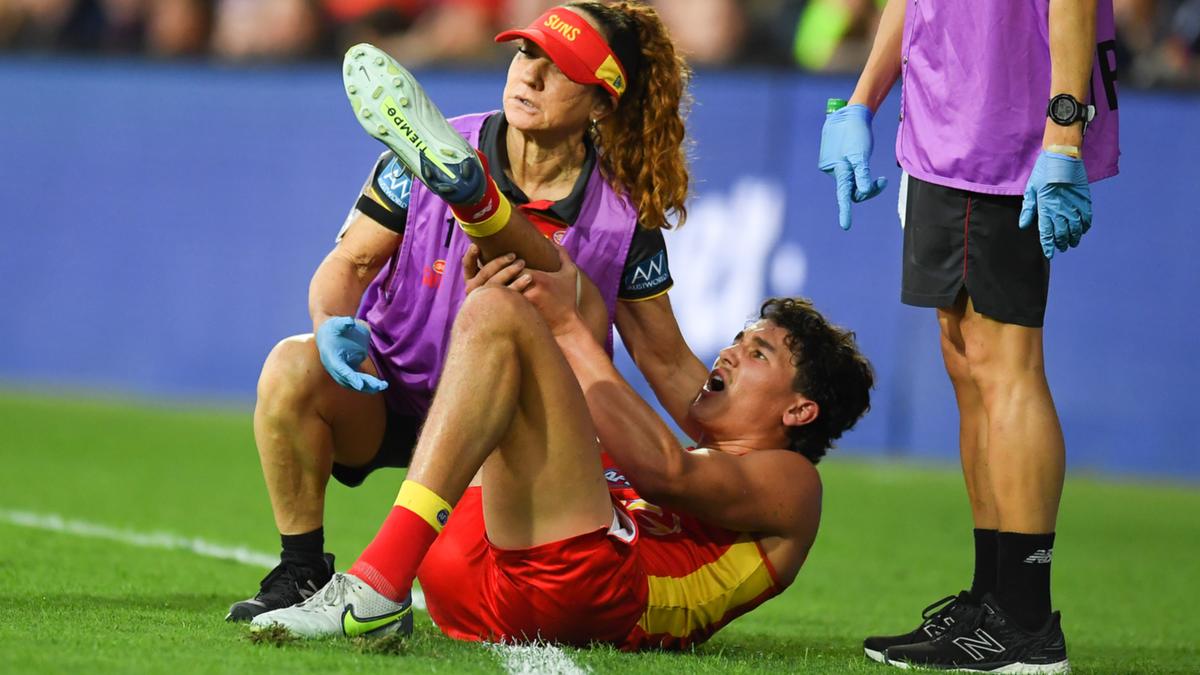 Wil Powell has undergone successful surgery to repair his horrific ankle injury and is recovering in a hospital in Queensland.

Powell was taken off the pitch after his ankle landed awkwardly under his body following an incident in Gold Coast’s win over Adelaide on Sunday.

His foot was left the wrong way in an injury so horrific that broadcasters opted not to play it again.

The ankle was dislocated and broken and Powell was left with ligament damage.

The young West Australian posted on his social media for the first time since undergoing surgery on Monday and assured his followers he was recovering well in hospital.

“Thank you all for the love and kind messages,” he said in an Instagram Story.

“The surgery went well and I’m on the mend.”

The Suns have ruled out Powell for the remainder of the season, leaving him stuck on 11 games for the year as his club heads into what would be his first-ever Finals appearance.

The impressive defender was supported to recover from his injury and make a strong return to football by his former coach of the Claremont foals.

Ross McQueen coached Powell to a WAFL Colt Grand Final with the Tigers in his 2017 draft year and called him a “good character” who will do whatever he can to get back in the park.

“It will be very disappointing for himself at this time and his teammates,” he said.

“He’s the kind of kid who will get over it pretty quickly and aim to come back bigger and stronger next year.

“He will do everything he can to support the group. He’s a good character and I hope his teammates continue to perform well.

“It was a pretty serious injury, he dislocated and broke his ankle with some ligament damage as well,” he said.

“He spent the night in hospital last night, will have surgery today and will spend a few more nights in hospital.

“He’s tough and he’s very much loved and we’re looking after him as best we can.”