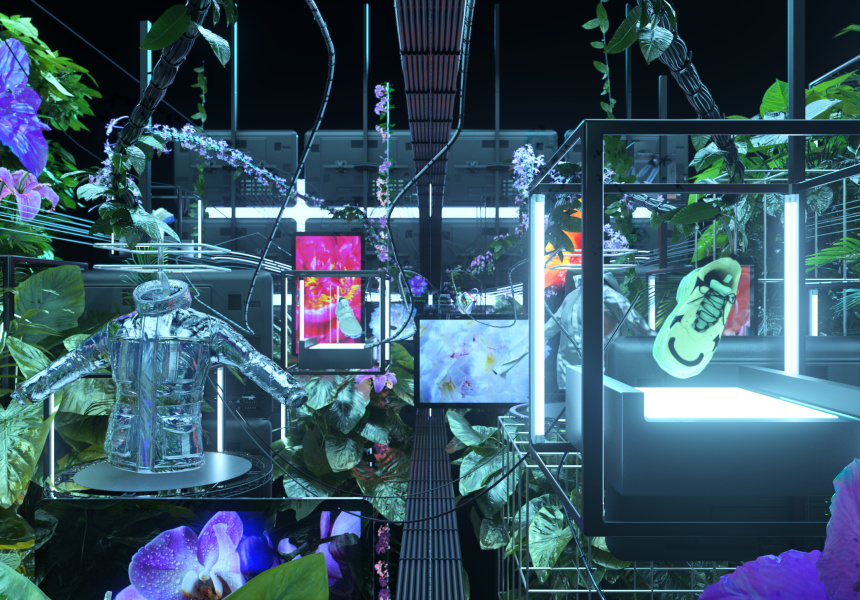 Stores that can be a fashion store one day and a bagel the next. Constructions made from modular and environmentally friendly materials. Private residences designed to integrate with public commercial spaces. According to two experts, these are some of the directions retail is moving in. Now, a new webinar series, dubbed Reimagining Future Retail Spaces, will bring together design leaders and retail architects from Australia (March Studio), the UK (Sybarite and Brinkworth), France (Ciguë) and Japan (Schemata Architects), to discuss the question: what does the future of retail look like?

Online from Monday, May 30 through Friday, June 3, the series is the second such panel Beulah has hosted. Although you have to tune in to find out exactly how the conversation is going, we chatted with the next guest speaker, architect Rodney Eggleston of North Melbourne-based March Studio and managing director of retail partnerships and Beulah tenants David Monaghan to hear hints about how the retail space might change in the years to come.

Sustainability While many retail spaces are prioritizing a more eco-friendly building model, Eggleston says rather than an outlier, we should see it become commonplace. “People expect retail to be sustainable these days,” says Eggleston. “The glitz and glamor of all the MDF and glossy plastic surfaces of the early 2000s have eroded.”

He says this has resulted in almost an “anti-style” movement at the moment. “It’s more about the honesty of the material. For example, we see a lot of panels made from Plexiglas boxes with all cables visible. It’s this honesty of going back to the way things are done, not trying to create a whole lot of opulence around the object as much as removing the ornament to get back to that essence. Where luxury is heading right now is trying to bring it back to basics, great material selections and sparseness of materials. It plays into the psyche of doing more with less. It’s an interesting time for us as designers because of the challenge of performing with limited materials. It’s really exciting.

Beulah’s Monaghan agrees – and wonders what that might mean for the presentation of such spaces. “The importance of sustainability, recycling, repurposing, remodeling, reusing – what does this mean in terms of designing a physical space?” Monaghan says. “We think [the idea of] people interested in where the food is coming from, who is the local producer and food miles, will slip into many retail categories. But how does that then transfer into a physical space? »

Versatile design Significant changes in retail have been triggered by the pandemic. With tenuous tenancies and high turnover now commonplace, Eggleston believes the commercial spaces of the future will be designed to make changes faster and less costly for tenants.

“How do you do something that’s a retail clothing store that can then be adapted into a bagel store?” said Eggleston. “Where are the crossovers and possibilities for reconfiguring the furniture so that multiple users can come in and re-customize? There’s something there that can start to reduce risk for the entire business, not just for tenants, but also for property owners. It costs a lot of money to set up a store interior. So I think we’re going to find hopefully a recalibration of landlord and tenant agreements so that spaces have the ability to have maybe one, two or three different lives. As designers, it’s interesting to think about how you can design these interiors so that they can fit someone else to come and rename it.

The intersection of residential and commercial Monaghan and Beulah co-founder Adelene Teh are exploring this potential in Beulah’s new Sth Bnk development, due for completion around 2027.

“It’s an integrated vertical village,” says Teh. “The project explores the future of life, future work, future retail, future health and sustainability.” Covered in greenery and turning skyward, located within the massive development will be a 25,000 m2 commercial “podium”, creating an interplay of residential and commercial spaces.

“People will have to go through this [retail] threshold to go up to their house,” says Eggleston. “How retail can interact with the community that lives in these towers is going to be super interesting. The tensions between those boundaries and the interplay of what is effectively a private space but also a public space is where the opportunities are. of this future exist.

The idea should also embrace a future in which the family unit is changing. “Yes, you have families with potentially one, two or three children, but there are also a lot of people who don’t have children,” he says. “So what does that mean in terms of physical space and the programming that happens in that physical space?”

Find out the answer to these questions about Reinventing future retail spaces – Session 2 Webinar. From Monday, May 30 through Friday, June 3, sessions begin at 8 p.m. daily. See more information and register

This article is produced by Broadsheet in partnership with Beulah.