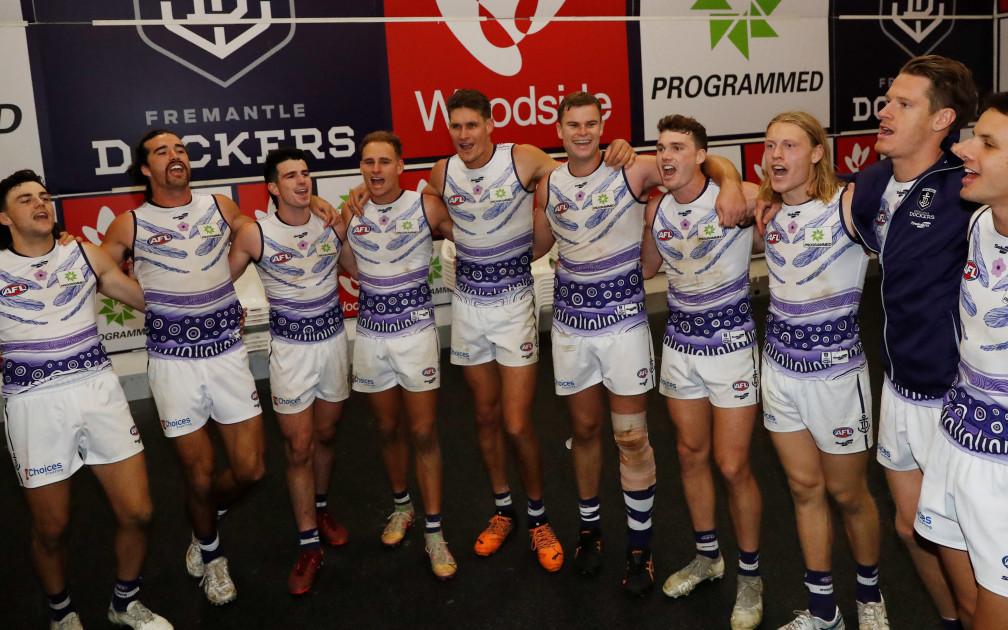 Fremantle striker Michael Frederick has revealed Justin Longmuir’s half-time message that inspired the Dockers to a 38-point win over Melbourne.

Fremantle’s clash with the Demons was one of many tantalizing games in Round 11, and the game topped the hype as the purple wave enveloped Simon Goodwin’s men at the MCG.

However, that wasn’t always the case, with Fremantle scoring just 1.6 in the first quarter before falling five goals behind in the second term.

Frederick, who finished with two goals and a record 11 goals, said the Dockers were just as disappointed in their first half as the fans.

“At half time we were quite disappointed, but it was more just a ten minute period of football that let us down,” the livewire said. SEN WA breakfast.

“We just knew we were playing into their hands a bit, we got the message to try to start moving the ball to the open side and open up some space across the hallway and go a bit more directly.

“I guess we did and we got on the scoreboard pretty early, it’s been a bit of a thing in the past, our third quarters haven’t been too good, but it was good to have the first two goals of the third quarter.

“Then three-quarters of the time, reiterating and knowing we have to do it in the contest, and we did, we kept going until the final siren.”

The changes clearly worked. With the tally tied inside 50 (53-51 in favor of Fremantle), their 50.9% efficiency inside their front 50 clearly eclipses Melbourne’s 43.1% as they scored 12 goals in the second half.

The Dockers’ win keeps them in the top four for another week ahead of another blockbuster against Brisbane this weekend.