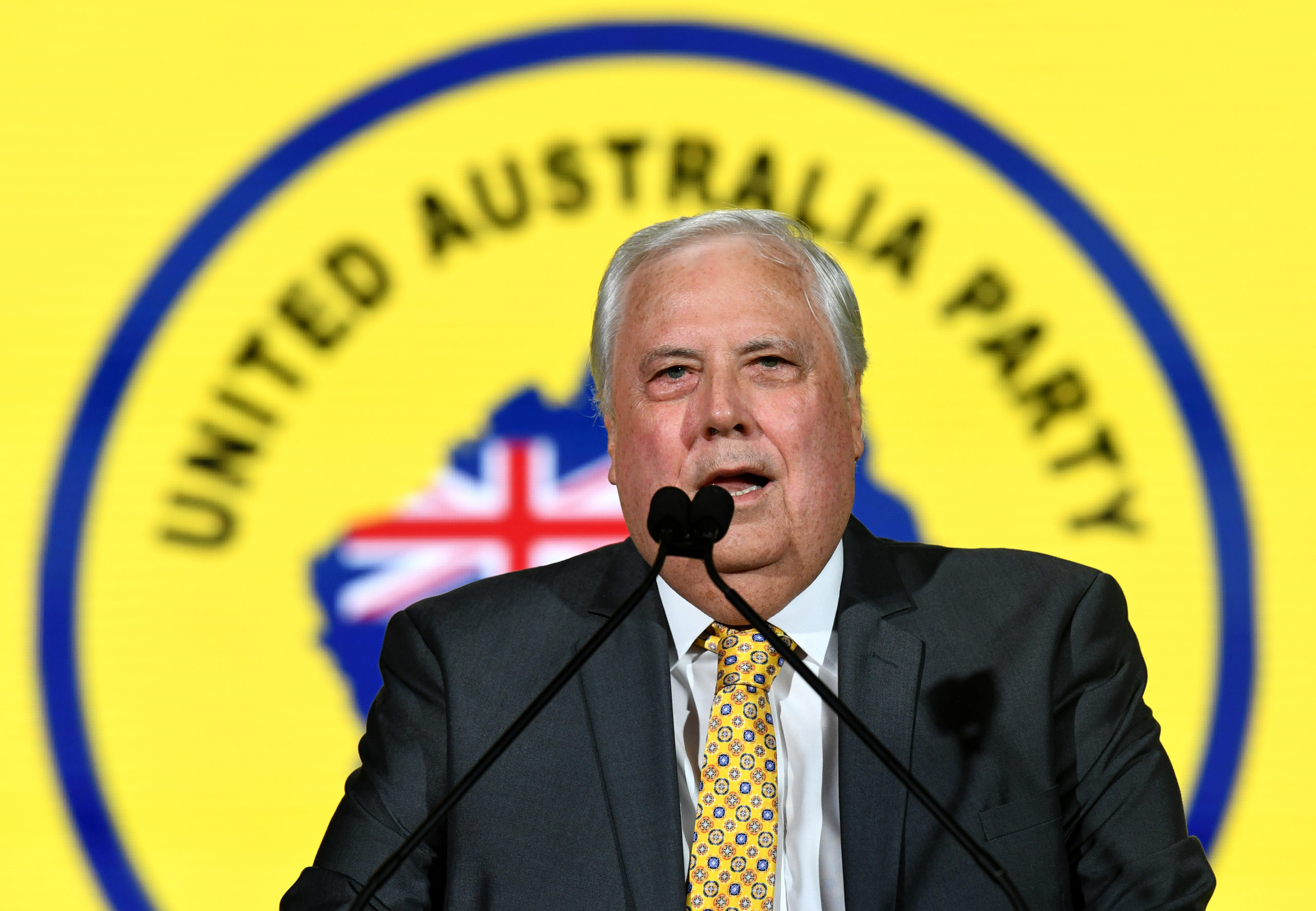 Clive Palmer’s United Australia Party continues to make waves in the federal election campaign, most recently with massive billboard ads promising a ‘maximum interest rate of 3% on all home loans for five years’ . But does this promise hold water?

The main driver is the Reserve Bank of Australia, which sets the cash rate to keep inflation low and stable at 2-3%. But once the cash rate is fixed, all other banks have the right to lend money at the competitive rate of their choice. They frequently deviate from the cash rate based on their cost of obtaining funding from Australian and overseas savers.

On its website, the United Australia Party (UAP) says it will “use the power of the Constitution to cap the mortgage lending rate for banks at a maximum of 3% for the next five years”. (He also promises to introduce a 15% export license for all iron ore exports from Australia, and “to promise that the proceeds of these licenses will be used to pay down Australia’s mountain of debt. trillion dollars that Australia faces”).

For a moment, let’s run with this 3% UAP idea. Imagine for a moment that he holds the balance of power or even has a majority in both houses of parliament.

If the UAP really intended to try to fulfill a campaign promise to cap interest rates at 3% for five years, what would be the ripple effects?

Mortgages reserved for the wealthy

But, suppose UAP passed a law saying you can’t raise interest rates above 3% – no matter what. You will soon run into problems.

The first is that if banks can’t make a profit on mortgages – if, say, it costs 4% to borrow and they can only charge 3% – then lending doesn’t make sense. financial for them. Banks will simply stop issuing mortgages.

Even though they may make a small profit margin, they can only underwrite mortgages for the wealthiest and most secure Australians. Wealthy households are less likely to default and are therefore cheaper for banks to lend.

In other words, a 3% cap on interest rates would lead to a situation where banks either stop mortgage lending altogether or restrict it drastically. Many potential homeowners won’t be able to get a mortgage at all.

And if you can’t get a mortgage at all, then for most of us, it doesn’t matter the rate because you can’t buy a house in the first place. If lending dried up, the number of homebuyers would drop, which would devalue homes.

The only thing worse than an expensive banking system is a system in crisis and subject to bailout or bankruptcy, which could very well jeopardize the financial stability of the banking sector and derail the economy.

OK, how else could they ensure a 3% interest rate for people?

Besides changing the law, another way to fulfill this commitment is to significantly increase public spending.

Of course, that would be incredibly expensive. Australian household debt is almost double their income. Paying even a small portion of interest payments would be a huge burden on the budget.

It would, in effect, be a subsidy for all mortgage holders; an extremely expensive gift for Australia’s wealthiest people.

Alright, how about we just change the RBA job description?

There is a third way to cap interest rates at 3%, which is to rewrite the RBA’s mandate and prohibit it from raising the cash rate for five years.

But the reason the RBA raises interest rates is to help control inflation and the cost of living. This is why there is talk of an interest rate hike after inflation hit a whopping 5.1% last week.

Prohibiting the RBA from raising rates comes with real inflationary risks. This would overheat the economy and drive up inflation. You would see enormously higher prices at the supermarket and at the gas pump.

Maybe you think homeowners are more deserving than renters or retirees or anyone in the economy who doesn’t have a mortgage. But I don’t.

In a recent podcast interview with Michelle Grattan, Independent MP Andrew Wilkie mentioned this UAP ad, saying, “In my opinion, this is the worst campaign I’ve seen, as far as slander and dishonesty goes. . There were limits to the dishonesty of political parties and candidates, but it seems there are no limits to this election. There’s a billboard down the road from Clive Palmer’s United Australia Party, promising a maximum mortgage rate of 3%. I mean, they know that’s just nonsense.

Whatever your point of view, it is worth remembering that there is no such thing as a free lunch in the economy. If you want to do something cheaper, you have to pay for it some other way.

Either we have to pay with taxpayers’ money, or we make the banks pay, which is accompanied by a real risk of a financial crisis.

This article is republished from The Conversation under a Creative Commons license. Read the original article.