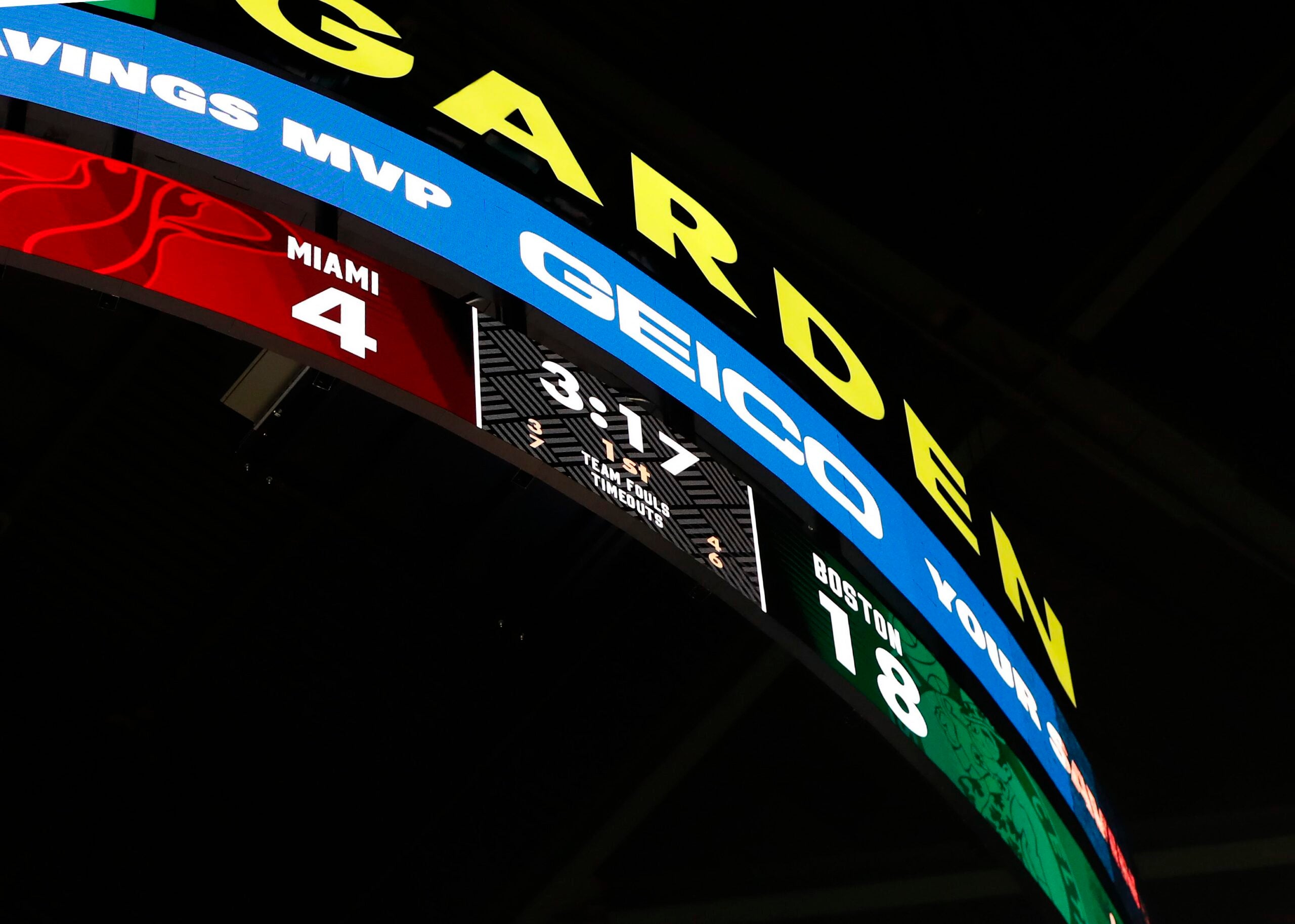 Mike Breen hasn’t seen it all in his 30 years of broadcasting NBA games, but he’s seen enough not to faze him too much.

But when the Celtics took a 57-33 halftime lead in Game 4 of their Eastern Conference Finals series with the Heat on Monday — the fourth straight game in which a team has taken at least 20 point lead – Breen was as baffled as the rest of us.

“There will probably be a lot of people happy to hear me say this, but I’m at a loss for words,” Breen said with more than a hint of disbelief to analysts Mark Jackson and Jeff Van Gundy before the start of the third quarter of ESPN’s broadcast of Game 4. “What’s going on in this series?”

Breen’s question was one that every NBA fan, casual or serious, likely found themselves asking at one point or another during this showdown of the conference’s top two seeds.

The matchup between the No. 1-seeded Heat and the No. 2 Celtics was expected to be very competitive, and in a sense, it was. The teams were tied at two wins apiece in the crucial fifth game on Wednesday night. Either team would be a worthy representative of the East in the NBA Finals.

But strangely, from game to game, the series has hardly been competitive.

In Game 1, the Celtics led 54-46 at halftime before the Heat overwhelmed them in the third quarter. The Heat held the Celtics to 2 for 15 shots in the frame and outscored them, 39-14, en route to a 118-107 win at Miami. The Heat’s lead peaked at 20 points, when Tyler Herro hit three free throws to make it 96-76 early in the fourth quarter.

In Game 2, the Celtics bounced back with an impressive performance, which became one of their playoff hallmarks; they are 5-0 in games after a loss. They led by 10 early on, but in the final 18 minutes of the first half, they outscored the Heat, 60-21, to take a 25-point halftime lead (70-45). The Celtics led by 34 points at one point in the fourth quarter and slipped to a 127-102 win.

The momentum of that emboldening victory did not carry over into the opener at TD Garden. The Celtics may have played their sloppy game of the season – or at least since their season took a sharp turn for the better in January after an 18-21 start.

In Game 3, the Celtics turned the ball over 24 times while the Heat had 19 interceptions. Miami took a 39-13 first quarter lead, built the lead to 26, and — hey, here’s at least some suspense — held on until the end as the Celtics cut the deficit to 1 at the end of the fourth front succumbing, 109-103.

And then there was Game 4, which the Celtics immediately shelved, jumping to an 18-1 lead less than seven minutes into the first quarter, taking a 24-point lead at halftime. time that sparked Breen’s incredulous request, and never allowing the Heat even a hint of a rally in a beating 102-82.

Typically, the NBA playoffs among evenly matched teams have their ups and downs. With these two match-to-match teams, it’s more like dueling tsunamis.

The only other relatively recent playoff that came close to having such drastic changes was the 2016 Finals between the Cavaliers and Warriors. Either team held at least a 20-point lead in each of the first three games of this series. The Warriors led Game 1 by 6 points after three quarters before building their lead to 20 in the fourth. Golden State won Game 3 by 33 points and the Cavaliers won Game 3 by 30. But Game 4 was a tense 11-point victory for the Warriors in which they retired late after trailing by 5 at mid- time.

Answers as to why that Celtics-Heat game was the most uncompetitive competitive playoff in memory have been hard to come by. Player health and inconsistent rosters have to be part of that. The Celtics played without Al Horford in Game 1, Marcus Smart in Games 1 and 4, and Robert Williams in Game 3. The Heat lost Jimmy Butler midway through Game 3 (but still held on to win) and Tyler Herro missed Game 4. The physicality of the series takes its toll.

Buzzwords like “energy” and “intensity” crop up in more vague explanations. Jackson responded to Breen’s question by saying, “Great defense and inconsistent energy and effort from teams that honestly didn’t show up when it mattered most.” Van Gundy said teams had to “set the tone from the start”. He added: “Everyone says experience matters. Your experience should tell you that the losing team is going to come out tough and heated. You have to match that.

Celtics coach Ime Udoka and his Heat counterpart Eric Spoelstra were asked about the wild point differentials after Game 4. Udoka agreed with Van Gundy’s theory that the coming team to lose “has more urgency”, but hasn’t developed much more than that. . Spoelstra said he thought the blowouts were something of a confirmation of the teams’ competitiveness.

“Sometimes when you have two really competitive teams, it doesn’t necessarily mean it’s going to be a 1-point game,” he said. “That means he can be flammable anyway. Both teams are flammable.

These two strong, well-trained and well-balanced teams should play tighter games. But if you’re the type to believe that trends are predictive, it’s not a question of whether a team will win 20 points in game 5, but which of them will be the one that will ignite this time and which will will cool.