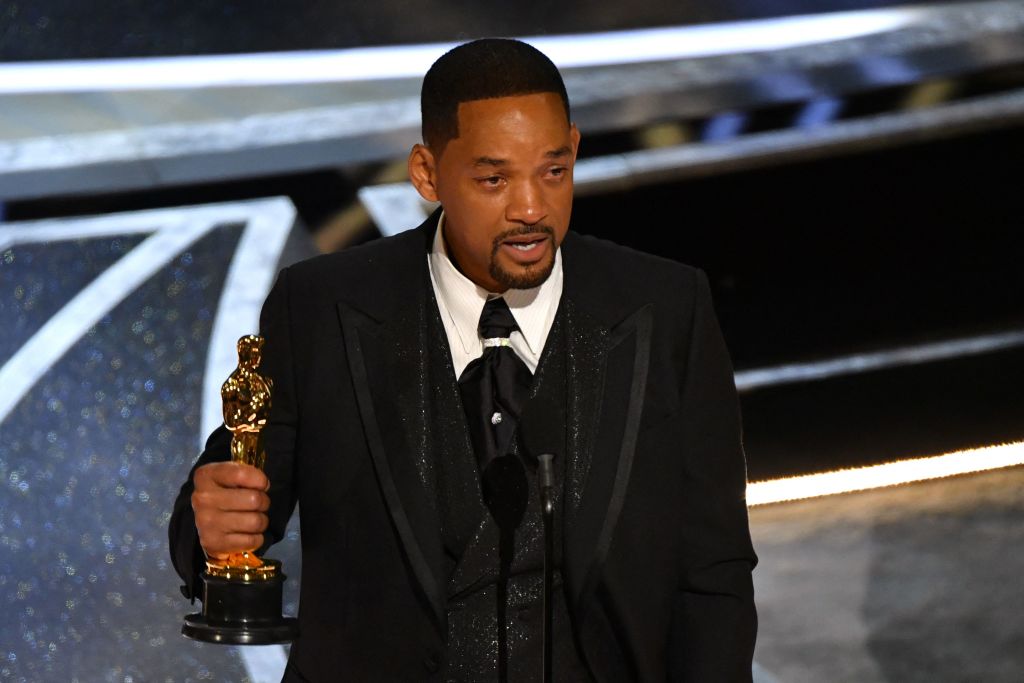 Will Smith has officially apologized for that shocking moment at Sunday’s Oscars, when he responded to Chris Rock’s joke about wife Jada Pinkett Smith’s hairstyle — Rock, presenting the award for Best Documentary, cracked that he couldn’t wait to see her in GI Jane 2 — by charging the stage and slapping the comedian in the face.

“Violence in all of its forms is poisonous and destructive. My behavior at last night’s Academy Awards was unacceptable and inexcusable,” Smith wrote on Instagram. “Jokes at my expense are part of the job, but a joke about Jada’s medical condition was too much for me to bear and I reacted emotionally. I would like to publicly apologize to you, Chris. I was out of line and I was wrong . I am embarrassed and my actions are not indicative of the man I want to be. There is no place for violence in a world of love and kindness.”

As Pinkett Smith has noted in the past, she struggles with alopecia.

“I would also like to apologize to the Academy, the producers of the show, all the attendees and everyone watching around the world,” Smith continued. “I would like to apologize to the Williams Family and my King Richard Family. I deeply regret that my behavior has stained what has been an otherwise gorgeous journey for all of us. I am a work in progress.”

He signed it, “sincerely, Will.”

Despite a brief discussion among show producers and officials of the Academy of Motion Picture Arts and Sciences about whether to have Smith ejected from the ceremony, the show ultimately continued and Smith won the Best Actor award moments later for his portrayal of Richard Wiliams, the father of tennis greats Serena and Venus Williams. As he accepted it, he broke down in tears.

He noted that fellow nominee Denzel Washington had offered counsel following the altercation, saying, “At your highest moment, be careful. That’s when the devil comes for you.” Smith stated he wanted to be a “vessel for love.”

Smith took the opportunity to apologize then to the Academy and the other nominees. However, he did not apologize to Rock.

According to a statement from the Los Angeles Police Department, Rock declined to press charges. Although Sean “Diddy” Combs later indicated the two had patched things up, a source close to Rock insisted the men hadn’t spoken as of Monday morning.

There was no immediate comment from Rock after Smith’s apology.

Smith, meanwhile, faces possible censorship from his peers. Both the Academy and SAG-AFTRA, the actors union, condemned the attack and announced Monday that they have launched separate investigations into the incident that could result in some form of punishment for Smith.

There was more than just the drama between Smith and Rock at the Oscars, check out a full recap of the night’s biggest moments: