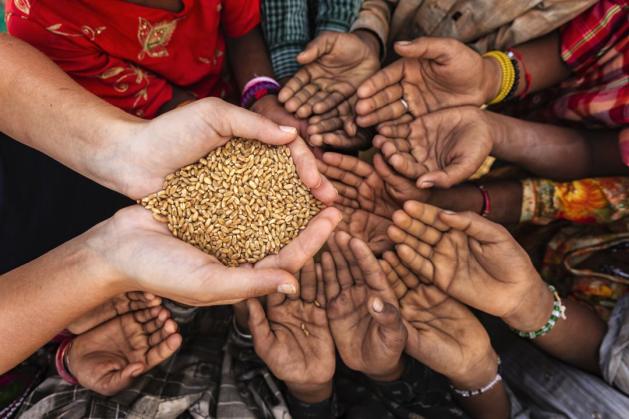 ROME, May 25 (IPS) – This is an op-ed by Mario Lubetkin, Assistant Director-General at FAOIf the war in Ukraine, which started three months ago, does not end, and without a reduction in the growing number conflicts in other parts of the world, hunger will only increase.

As rarely seen in recent history, issues related to agrifood systems and global food security are at the center of global and regional debates and actions in the search for possible solutions to prevent the rapid worsening of hunger in the world. as a result of wars and other conflicts.

It also aims to accelerate efforts to transform agri-food systems, to ensure inclusive and environmentally friendly development and better nutrition.

Ukraine is obviously the country most affected by the war due to human suffering and the destruction of food supply and value chains.

However, the consequences of this conflict are also felt by low-income and food-importing countries that depend on Russia and Ukraine for the supply of food, grain, fuel and fertilizers, in particular in Africa and Asia as they face unprecedented increases in food production. prices.

At the end of March, a little more than a month after the start of the war, on February 24, food products rose by 12.6%, the largest increase since 1990, according to data from the United Nations Organization for food and agriculture (FAO). .

At the end of April, prices fell slightly; however, the outlook for the coming months is far from encouraging.

According to a recent study by FAO, the World Food Program (WFP) and other institutions, around 193 million people in 53 countries were already suffering from acute food insecurity and in need of very urgent assistance in 2021, nearly 40 million more than in 2020.

The numbers are expected to continue to rise in 2022 if wars and conflicts continue.

Afghanistan alone represents around 20 million people in this situation, half of its population, with very high figures also in Somalia, South Sudan and Yemen.

These data demonstrate the increasingly close relationship between conflicts, climate change, economic and financial crises, as well as energy and health problems, with the fight against hunger.

The war raised prices, especially of wheat, corn and oilseeds as well as fertilizers. These increases come on top of already high increases during the worst period of the COVID-19 pandemic.

Wheat export forecasts for Russia and Ukraine have been revised downwards, and while other players such as India and the European Union have increased their offers, solutions remain very limited and prices should remain high.

The countries likely to be most affected by their dependence on wheat imports from European countries at war are Egypt and Turkey, as well as several African countries such as Congo, Eritrea, Madagascar, Namibia, Somalia and Tanzania.

In addition, some countries that rely heavily on imported fertilizers from Russia are exporters of grain and high-value products such as Argentina, Bangladesh and Brazil.

To address this harsh reality for a group of nearly 60 countries, FAO is proposing at major international forums, such as the Group of Seven (G7) meeting in Stuttgart, Germany, this month, the creation of a Global Food Financing Fund.

This fund would be intended to help the countries most affected to cope with the rise in food prices and would thus contribute to improving the situation of 1.8 billion people.

To ensure greater market transparency, this specialized agency of the United Nations, in collaboration with the countries of the Group of 20 (G20), promotes the strengthening and expansion of the Agricultural Market Information System (AMIS).

It is an inter-agency platform designed to improve transparency in food markets, established in 2011 by the world’s most powerful countries following the global food price increases of 2007-2008 and 2010.

At the same time, the aim is to support Ukrainian rural families with rapid action to enable them to cultivate crops in time for the harvest which begins in the coming months, which represents an essential source of income for the 12 million rural inhabitants. of the country, almost a third of its population.

This involves, for example, distributing inputs for planting potatoes to thousands of Ukrainian producers in at least 10 provinces and making targeted economic transfers.

Responding to these dramatically growing emergencies, investing in healthier, more nutritious and more equitable agri-food systems, applying science and innovation more intensely to these processes and reducing food losses can solve the food situation of hundreds of millions of people. .

“Time is running out and the situation is dire,” Qu warned at the United Nations Security Council on May 19.

What is the next step ?

Bookmark it or share it with others using some popular bookmark sharing websites:

Link to this page from your website/blog

Without peace, hunger will continue to increase, Inter Press ServiceWednesday May 25th, 2022 (Posted by Global Issues)