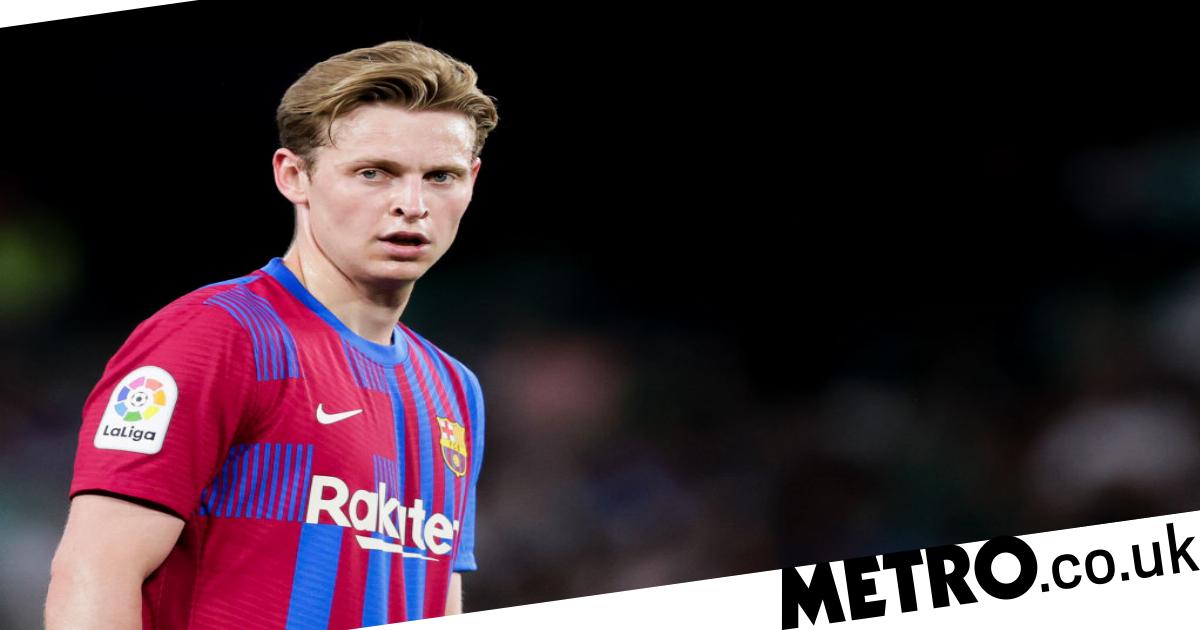 The Barcelona manager has reiterated that Frenkie de Jong is an integral part of his plans amid continued speculation linking the midfielder with a summer move to Manchester United.

Erik ten Hag is set to start serious work on the overhaul of the squad he will inherit from Ralf Rangnick after joining Ajax to oversee the seismic reconstruction work required at Old Trafford.

United are set to lose a number of midfielders this summer, including Paul Pogba, Jesse Lingard, Nemanja Matic and Juan Mata.

Strengthening United’s midfield engine room is therefore a priority for the new manager who has worked closely with De Jong during their time at Ajax.

The 25-year-old started to find his feet at Barcelona after a €75m move almost three years ago and has featured prominently under Xavi.

Barcelona’s dire financial situation, however, could force the Catalan giants to part ways with one of their prized assets this summer, although Xavi would be reluctant to let him go.

Speaking ahead of the final La Liga game of the season, Xavi said: “For me Frenkie is a great player, he’s a beast – I like him and I think he can be part of an important era for the club.”

“We will see the economic situation of the club… but I like de Jong.”

Despite the uncertainty, Xavi insists he’s been assured Barcelona will be able to sign players this summer and has confirmed that Robert Lewandowski, who is set to leave Bayern Munich, is a concrete target.

He added: “He’s one of the options, one of the possibilities. There are negotiations, he has one year left on his contract… it won’t be easy.

“Laporta told me that we can strengthen the team, there is confidence.”