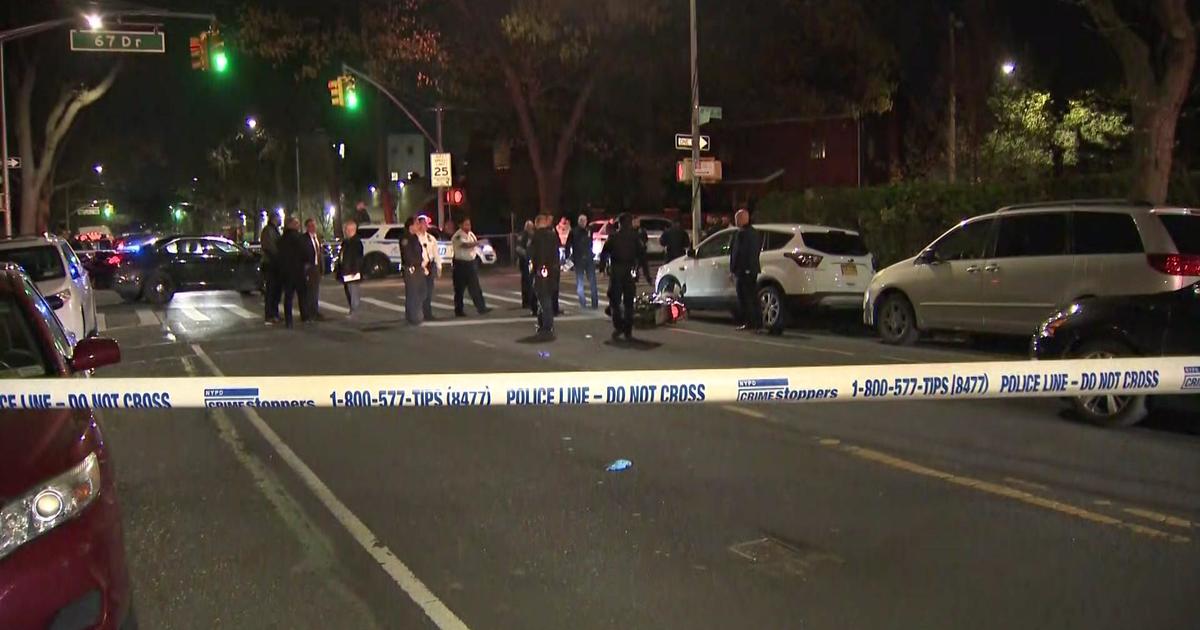 NEW YORK — Yan Zhiwen, a food delivery man, was shot and killed while riding his scooter on Saturday night in Queens.

It happened near 108th Street and 67th Drive in Forest Hills around 9:30 p.m., hours after Mayor Eric Adams. met with NYPD compound commanders to deal with the upsurge in crime.

Surveillance video, which neighbors shared with CBS2, showed a gunman shooting Zhiwen at close range at the intersection after leaving an apartment complex.

Zhiwen worked for a nearby Chinese restaurant, the Great Wall, for more than a decade, neighbors told CBS2. He leaves behind three children.

No arrests were made.